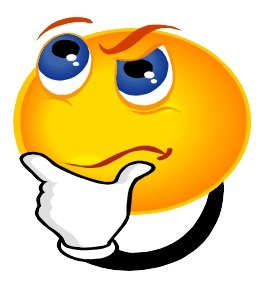 Does Darwin’s theory of evolution offer a sweeping explanation of the history of life from the earliest microscopic organisms to what we see around us today? Science  knows that many of the pillars of Darwinian theory are either false or misleading yet continue to present him as factual evidence of evolution. What does that imply about their scientific standards?

We all remember from biology class, the experiment that created the building blocks of life in a tube; the evolutionary tree, rooted in the primordial slime and branching out into animal and plant life. Then there were the similar bone structures of, say, a bird’s wing and a man’s hand, the peppered moths, and Darwin’s finches; and, of course, the Haeckel embryos. Well, as it happens, all of these examples presented in our textbooks, taught in high school and universities, as well as many others purportedly standing as evidence of evolution, turned out to be wrong. Not just slightly off or slightly mistaken – WRONG!  In fact, when the false evidence is taken away, the case for Darwinian evolution, in the textbooks at least, is so thin it’s almost invisible.

Darwin thought that by far, the strongest single class of facts in favor of his theory came from embryology. Not an embryologist himself, Darwin relied on the work of German biologist Ernest Haeckel, who produced drawings of embryos from various classes of vertebrates to show that they are virtually identical in their earliest stages and become noticeable different only as they develop. Darwin based his inference of “common ancestry” on the belief that the earliest stages of embryo development were the most similar.

Biologists have known for over a century that vertebrate embryos never look as similar as Haeckel drew them. In some cases, Haeckel used the same woodcut to print embryos that were supposedly from different classes. In others, he simply doctored his drawings. But it wasn’t until 1997 that British embryologist Michael Richardson and an international team of experts compared Haeckel’s drawings with photographs of actual vertebrate embryos, proving conclusively that his drawings frauds.

Darwin wrote in The Origin of Species “I view all beings not as special creations, but as the lineal descendants of some few beings” that lived in the distant past, believing that modern species arose through natural selection, or survival of the fittest, which he described as “descent with modification.” No one doubts that a certain amount of descent with modification occurred within species but Darwin’s theory claims to account for the origin of every species since the first cells emerged from the primordial ooze.

Unfortunately for Darwin, the fossil record shows the major groups of animals appeared fully formed at about the same time in a “Cambrian explosion, rather than diverging from a common ancestor. Darwin knew this and attributed it to the imperfection of the fossil record, insisting that future research would supply the missing ancestors. But over a century of continued fossil collection has only aggravated his problem. Instead of slight differences appearing first, then greater differences emerging later, the greatest differences appeared right from the start, what some fossil experts describe as “top-down evolution.”

In the 1970’s biologists began testing Darwin’s branching tree pattern by comparing molecules in various species. At first their research appeared to confirm Darwin’s tree of life but as they compared more and more molecules, they found that different molecules yielded conflicting results. The branching-tree pattern inferred from one molecule often contradicted the pattern obtained from another. Just like the fossil record, Darwin’s “tree” is an unsubstantiated hypothesis masquerading as fact.

In The Descent of Man, Darwin attempted to show there was no fundamental difference between man and the higher animals in their mental faculties, even in morality and religion. According to Darwin, a dog’s tendency to imagine hidden agency in things moved by the wind “would easily pass into the belief in the existence of one or more gods.”   Unfortunately for Darwinist, no evidence has ever been found to link man to animal, because there is no missing link.

Neither Biology students nor the general public are let in on a little secret within the scientific community that there is a deep seated uncertainly about human origins. The growing body of scientific evidence contradicting evolution is totally ignored in academia and in the press. When biochemist Michael Behe pointed out in the New York Times in 1999 that the embryo evidence for evolution was faked, Harvard professor Stephen Gould admitted he had known that for decades that the evidence was faked but still accused Behe of being a “creationist” for pointing it out.   According to the lap-dog media, only religious fundamentalists question evolution and want to “bomb science back to the Stone Age” and replace it with the Bible.

So if the scientific community knows that Darwin’s evolution is a fraud why is it still being pushed? Oxford Darwinist Richard Dawkins, put it bluntly. “Darwin made it possible to be an intellectually fulfilled atheist.”

Source: Jonathan Wells, Ph.D, Molecular and Cell Biology from the University of California, Berkley; Ph.D. in Religious Studies from Yale. He is currently a Senior Fellow at Discovery Institute’s Center for Science and Culture. You can read Dr. Well’s article, “Survival of the Fakest” at this link.

← Criminality Seen in Other Animals
Let’s Burn Another Witch to Stop Armed Murder! →