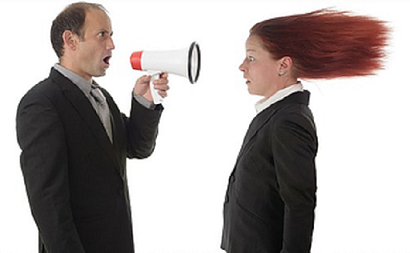 “Manner is personality, the outward manifestation of one’s innate character and attitude toward life.”  Emily  Post

There was a time in America when good manners and proper behavior was expected, where children were raised to answer “yes ma’am” or “no-ma’am, or “yes sir” or “no sir” to our elders or people in a position of respect.  But that is no longer the norm.  Today we live in a very selfish world, a world in which people seem to compete to see how disgusting they can be.

How did we end up with a society in which rudeness is viewed as proper political discourse?  When did it become too much of a bother to speak politely, to smile, to open a door for someone or offer your seat on the bus, or to just extend a helping hand when it is needed? When did rudeness, thoughtlessness, and inconsiderate behavior become a national epidemic that not only reflects badly on each of us as individuals but collectively as a society?

What was once basic manners has devolved into a pleasant surprise, and anti-social behavior has become so commonplace that we barely take notice.  Wanton violence is now such an everyday occurrence that we are scarcely fazed anymore, according to Dan Ashley, in his article Americans are Rude, Thoughtless and Inconsiderate. How have we gone so far down this road that a polite word or a common courtesy is considered refreshing?  The lack of it in our daily routines has hardened us, desensitized us, and devalued us. Rudeness and thoughtlessness coarsens our spirit and degrades our society. It’s nice to be nice and it makes a difference in small ways and in big ones too.

It is as the great Anglo-Irish statesman Edmund Burke believed, courtesy was nearly synonymous with civilization itself.  “Manners are of more importance than laws.  Manners are what vex or soothe, corrupt or purify, exalt or debase, barbarize or refines us, by a constant, steady, uniform, insensible operation, like that of the air we breathe.”

Manners and civilization itself, Burke held, depended on two things: religion and “the spirit of a gentleman.” Robert E. Lee believed this also. As president of Washington College in the years after Appomattox he had reduced the rules of the school to one sentence: “Every student must be a gentleman.” To Lee and Burke, a gentleman was one who displayed Christian virtue as embodied in the medieval code of chivalry, an elaborate system of proper behavior towards others—manners in the narrower sense of the word.

The quality of Christian humility lay at the root of chivalry. A chivalrous knight  humbled himself to all others in society. Thus he was bound by duties not only to his lord, his superior, but to those weaker than himself, particularly women, whose innocent virtue he was tasked to protect, and the poor, whose pathetic condition he was obliged to alleviate. One thinks of St. Martin of Tours, who famously cut off half of his military cloak to provide a naked man with clothing. To adopt a philosophy of individualism in which one rejected concern for others would have been unimaginable to the Christian knight.

One must keep in mind how unique this Christian notion of humility, and its related idea of chivalry, has been in world history. In the ancient pagan world for example, humility was considered a sign of weakness. Too, in many non-Christian modern societies, superiors are expected to be rude to inferiors, a way of keeping everyone in his proper place in society. The mighty in most places and times have boldly asserted their power as a way to maintain the status quo.

But Christian chivalry, Burke believed, “made power gentle” and served to “beautify and soften private society.” It harmonized human relations. Without it, society could only be held together by brute force and cold reason. Gone would be the warmth of considerate human relations, corrupted would be the morals of men, and all would be reduced to slaves.

It is, of course, impossible to pinpoint the exact moment when the decline of chivalry and manners in the West began. Burke certainly saw the process well underway in Europe by the time of the French Revolution. “The age of chivalry is gone,” Burke wrote in his Reflections on the Revolution in France. “That of sophisters, economists, and calculators, has succeeded, and the glory of Europe is extinguished forever.”

Perhaps in America the precipitous decline of manners began somewhat later, in a humble home in south-central Virginia, when the Last Cavalier of the Old World laid down his sword in defeat, giving way to the New World Order of centralized government, crony capitalism, and the narcissistic New Man, whose main concern was to be profit and personal happiness, not piety and humble concern for others.

Or perhaps it is the fact that people just no longer care – they believe that rude is not only acceptable but necessary to show their superiority. Sadly, it is the one who has the least rational behind their point of view who proclaims their idea the loudest as if raising their voice can somehow make up for their lack of reason. The unpleasant behavior of shouting down others, talking over them and interrupting or cutting them off is not communicating; it is just an attempt to silence the opposition.

In a series of studies, Trevor Foulk, Andrew Woolum, and Amir Erez at the University of Florida demonstrate that being the target of rude behavior, or even simply witnessing rude behavior, induces rudeness. More significantly, those who experience rudeness are far more likely to behave rudely toward others, and to evoke hostility, negative affect, and even revenge from others. With negative behaviors, the witness becomes the perpetrator, just as the person who touches a doorknob recently handled by a flu sufferer can themselves get sick and infect others. No conscious intent in necessary, and the contagion may last for days.  And unfortunately, unlike the flu, there currently is no known inoculation for this contagion.

Whatever the reason for this infectious behavior, one thing is for sure. When you remove God from society you sow the seeds of self-destruction. Manners are after all, the basic building blocks of civil society.

A naughty person, a wicked man, walketh with a worthless mouth. He winketh with his eyes, he speaketh with his feet, he teacheth with his fingers;  Perversity  is in his heart, he deviseth mischief continually; he soweth discord. Therefore shall his calamity come suddenly; suddenly shall he be broken without remedy. These six things doth the LORD hate: yea, seven are an abomination unto him: A proud look, a lying tongue, and hands that shed innocent blood, An heart that deviseth wicked imaginations, feet that be swift in running to mischief, A false witness that speaketh lies, and he that soweth discord among brethren.  Proverbs 6:12-19

“A dying culture invariably exhibits personal rudeness. Bad manners. Lack of consideration for others in minor matters. A loss of politeness, of gentle manners, is more significant than is a riot.”   Robert A. Heinlein,

Source: A Requiem for Manners, Stephen M. Klugewicz , Crisis Magazine;  the Psychology Behind Rude Behavior, by

← Culture of Death: Population Control
Who We Are as a Nation →