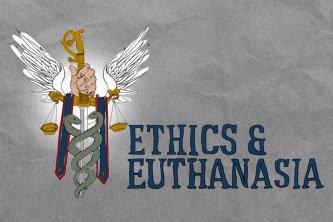 Government  would have you believe that as a civilized society we no longer practice nor preach Eugenics, but the truth of the matter is, it still exists – buried under a mountain of double talk and political correctness. Today we know it as population control through sustainable living.

An offshoot of the eugenics movement, population control, became all the rage as early as the 1960s and 1970s. Eisenhower commissioned General William Draper to prepare a report for Congress that promoted population growth in third world countries as a national security issue. And boy did he pick the right person for the job. Draper, in 1932 joined in with the likes of the Rockefeller and DuPont families to finance the International Eugenics Congress that promoted Hitler’s “holy national and international racial hygienic mission,” as a means of population control.  Draper also worked with Prescott Bush, the grandfather of former president George W. Bush, who shared Draper’s eugenic values.

President Kennedy also endorsed the use of foreign aid for population control in poor countries and had Arkansas Senator James Fulbright add an amendment to a foreign aid bill that turned the U.S. Agency for International Development (USAID) into an instrument of taxpayer funded population control.  Not to be outdone, President Johnson’s “War on Poverty” included using food for fertility control.  LBJ also financed birth control in tropical countries through the U.S. Agency for International Development (USAID).

In 1968 President Nixon agreed with the socialist leaning United Nations and former Democratic presidents that population growth should be a top priority in welfare and foreign aid programs.  It was also in 1968 that  David Brown, executive director of the Sierra Club, a far-left organization even then, commissioned Professor Paul Ehrlich to write the “Population Bomb”  which predicted that hundreds of millions would soon starve to death unless measures were taken to control human population, if necessary, by “compulsion”.  Brower once said that “childbearing should be a punishable crime against society unless the parents hold a government license. All potential parents should be required to use contraceptive chemicals, the government issuing antidotes to citizens chosen for childbearing.”   Gary Hardin, an ecologist, defended “compulsion” as a means to decrease the human population in his essay “Tragedy of the Commons.“

In 1969, the Nixon White House Conference on Hunger recommended mandatory abortion for unwed mothers and mandatory sterilization for any unwed mother giving birth a second time.  Bernard Berenson of the Population Council demanded research on a “mass involuntary method of sterilization through water or air.  Also in 1969,  Alan Guttmacher, as president of Planned Parenthood World Population stated that population control should be voluntary for the next 10 or 12 years but, if that doesn’t succeed, “we may have to go into some kind of coercion, not worldwide but possibly in such places as India, Pakistan and Indonesia where there is no question that birth rates can be reduced if legal abortion is introduced.” American Journal of Nursing, Vol. 69.

Guttmacher stated in a 1970 interview with the Baltimore Magazine, that while the birth rate had dropped some, “the figure’s not likely to change much more unless there is more legal abortion, or abortion on request as we call it.”  He further stated that to really curb population growth the United Nations had to be involved so that the world would not consider population control “genocide”.  If the U.S. goes to the black man or the yellow man and says slow down your reproduction rate, we’re immediately suspected of having ulterior motives to keep the white man dominant. . .If the U.N. can send in the colorful U.N. force, you’ve got much better leverage.”

Herman Daly first proposed government licensing of births  in his 1970 book “Utopia”. Daly felt that to obtain utopia government must convert “half or more” of the U.S. land areas into unsettled wilderness. In addition, the government must tax income, land use, energy, consumer purchases, inheritance, pollution, etc., to reduce  inequality and output and consumption. . .making us all equally poor.  Elections must be abolished, travel and trade limited, and religion transformed under the “influences of ecological and feminist sensitivities” where humanity would no longer seek moral guidance in “ancient religious texts.”   He also saw the need to re-educate the masses to recognize the need to substantially decrease human population to promote “the flourishing of nonhuman life.”

In 1975, Henry Kissinger established the US State Department’s, Office of Population Affairs, to serve as an adviser to the Secretary of Health on family planning [abortion] and sterilizations.   Kissinger’s National Security Memo 200,  “Implications of World Wide Population Growth for U.S. Security & Overseas Interests,”  completed in early 1974 became official U.S. policy under President Ford.   The Memo proposed that “depopulation become the highest priority of U.S. foreign policy toward third world countries”.  According to Kissinger, because the U.S. economy would require large and increasing amounts of minerals from abroad, especially from less developed countries, a lessening of the population would increase the prospects for stability and population policy would become relevant to resources, supplies and the economic interests of the U.S.   William H. Draper, III, who co-chaired President Bush Senior’s election campaign, claimed that by 1991,  254 million couples would be surgically sterilized and if the trend continued, 80% of women in Puerto Rico and Panama would end up sterilized.   While this document has been amended, it is still the official position of the U.S. government.

President Ronald Reagan cut off all funding for the U.N.’s population control activities in 1987 but, within a few months of his inauguration, Wild Willy Clinton signed Executive Order 12852, instituting the President’s Council on Sustainable Development, allocating almost $300 million a year toward international population control  as part of the 1994 U.N. Conference on Population and Development  held in Cairo, Egypt.  President George W.  Bush increased Clinton’s funding for surgical and chemical abortions in the U.S. through Medicaid and Planned Parenthood but did refuse to fund the U.N. Population Fund because of its links to forced abortions in China.

In 2009 the big O overturned Reagan’s Executive Order and reinstated population control funding to the United Nations but in 2011, the House cut his request for $47 million to fund the United Nation’s by $32 million.  But Obama knew there was more than one way to fund population control and hide it from voters by using foreign aid. An article in the Guardian that outed the UK’s aid for India’s poor gave us a pretty good indication of what all that U.S. “foreign aid” was  spent on.  According to the Guardian millions of pounds of UK aid was spent on a program that “forcibly sterilized” women and men in an attempt to curb the county’s population. Both sexes were routinely rounded up like cattle and sterilized without having a chance to object.  Activists claimed some were told they were going to health camps for operations to improve their general well-being and only discovered the truth later.  As an incentive to mutilate their population, government officials and doctors were paid a bonus per sterilization.  A UK Department for International Development paper published in 2010 cited the need to fight climate change as one of the key reasons for pressing ahead with such programs, arguing that  reducing population numbers would cut greenhouse gases.

Where is the outrage?   Have we been so enmeshed into moral relativism that we no longer believe human life has value? Moral relativism teaches that life is without meaning; there are no absolutes; right or wrong is determined by personal values or circumstance.  But asserting that something is right doesn’t make it right.  The belief in moral relativism is not reason, it is the abdication of reason.

Moral standards must be upheld, not demolished.  Without morality there is no social glue to hold us together as a society.  This Culture of Death that has permeated our government  is wrong, just as it is wrong for us, as a society, to stand idly by and allow it to continue.

“Now, as we approach the quantum shift from creature-human to co-creative human the destructive one-fourth must be eliminated from the social body.  Fortunately you, dearly beloved, are not responsible for this act.  We are.  We are in charge of God’s selective process for planet Earth.  He selects, we destroy.  We are the riders of the pale horse, Death.”   Barbara Marx Hubbard, former Democratic vice presidential candidate