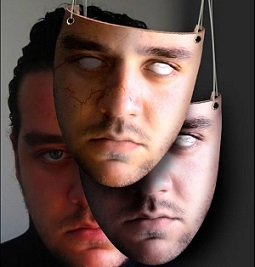 “For the first time in our history, we have an entire generation of Americans fighting for… Nothing. They’re not really fighting anyway, they’re whining. They’re whining for less rights. They’re whining to strip the freedoms of anyone who disagrees with them. These Nazis of delusion carry on unfettered because leftists of previous generations needed their vote. So they pandered. The emperor stripped off his robes ala Magic Mike and transformed into a cat.” Courtney Kirchoff, The World Has Officially Gone Mad. And I’m DONE…

What is going on? Why, in the space of the past couple of years, has America come fundamentally unglued? Why have otherwise rational people begun to act irrationally? Why have your Facebook and Twitter feeds turned into political battlegrounds?

The first great battle for the American soul was settled in the Civil War. The second battle for America’s soul, initiated over a century ago, is still raging. The choice for the Founders’ constitutionalism or the Progressive-liberal administrative state is yet to be fully resolved.

Progressivism has been around since the turn of the century, worming its way into politics, government, religion, and families. At its very core it is a total rejection in theory and a partial rejection in practice, of the principles and policies on which America was founded. Our Founders believed that all men were created equal with certain inalienable rights and that all men were obliged to obey the natural law under which we have not only God given rights, but a duty to respect those rights in others.

The left  has always rejected these claims as naïve and unhistorical. Men are not born free – freedom is not a gift of God or nature but a product of human making, a gift of the state. Man is a product of his own history through which he collectively creates himself. And, since man is not naturally free, there can be no natural rights or natural law.

Believing they are on the right side of history, it is their duty therefore to control the apparatus of the state and the lives of others. They are the ultimate definers of social and cultural progress. They are the “Innovators” and the “Conditioners,” the people C.S. Lewis warned us about in The Abolition of Man, his mediation on the leftist slouch towards a dystopian future.

The Innovators and Conditioners thus lay claim not only to the conscience but also to what kind of conscience they want to produce. Their whole approach stems from the post-modernist notion that moral truths are nothing other than culturally constructed “values” inculcated in us by society so that patriarchal hierarchies can preserve their power.

Wherever they have made inroads they have stifled dissent and imposed a rule of political correctness, emphasizing ends over means and will over reason. Their goal is to expand into every aspect of society so as to neutralize any opposing tendency by aggressively denouncing and ridiculing ideas that do not conform or use social pressure to implant its errors into individuals and institutions alike.

It would be misleading to think of the Progressive Left primarily as a challenge posed by the radical elite. Large parts of the American population have coalesced around its core, giving it sufficient mass to rival the old system. It has pulled away much material in the middle class and it has great influence over the upper class, as evidenced by the peculiar phenomenon of leftist billionaires, who embody a combination that would have had Karl Marx and Max Weber scratching their heads.

This progressive agenda has not only corrupted the very foundations of civilized freedom but will eventually destroy us.  It is as psychiatrist Lyle Rossiter asks in his book, The Liberal Mind:  The Psychological Causes of Political Madness –

“Why would anyone want a political system that restricts personal freedom instead of enhancing it; denounces personal responsibility instead of promoting it; surrenders personal sovereignty instead of honoring; attacks the philosophical foundation of liberty instead of defending them; encourages government dependency instead of self-reliance; and undermines the character of the people by making them wards of the state?”

Source: When Suns Collide by James Soriano, Crisis Magazine; The Progressive Movement and the Transformation of American Politics, Heritage Foundation