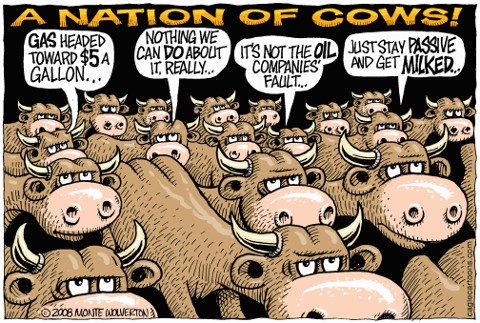 Senator Chris Dodd plans on driving another nail into the Constitution before retiring. His bill S 1619, The Livable Communities   Act, is masked with feel good rhetoric and lofty concepts designed to fool the voters into accepting government controlled
central planning for your life – for the way you live, work, and drive.  S1619 has been passed out of the Senate Banking Committee and has hit the floor for debate. The bill has a few cosponsors – all Democrats – one in particular that Virginians will recognize – Mark Warner. The House also has their version which is thankfully still in committee – H 4690, written and co-sponsored once again by democrats. Go to govtrack.us if you wish to read the bills in full.

The bill is being promoted as a way to reduce traffic congestion, strip malls and ugly urban sprawl through grants to State and Local governments from our friendly, trustworthy federal government. This  bill will create a new federal bureau – The Office of Sustainable Housing and Communities within the Environmental Protection Agency, which would ‘oversee’ development in every community throughout the United States. While the bill calls participation ‘voluntary’, (about as voluntary as paying your taxes) how many state or local governments  will turn down grant money!  Of course, to get this grant money a community would have to meet certain environmental standards like requiring all houses to install solar panels on their roof, or install a new energy efficient roof, or new energy efficient windows, or maybe just forcing us to buy energy efficient appliances. Other federal agencies involved in implementing this “new life style” are Housing and Urban Development and the Department of Transportation.

Dodd says that the bill would entice localities to move away from their old model of suburban home and land ownership toward a centrally planned model where local government officials make housing, business, and transportation decisions that would steer residential and economic growth into designated hi-density areas. . .it would reduce traffic, congestion, create jobs and make residences and community development more environmentally friendly.  Have you ever noticed that every mandate they try to shove down our throats and every freedom they try to take from us will, in their words, create jobs?

Of course the Whitehouse has gotten to get into the act: “a part of President Obama’s broader urban and metropolitan agenda, the partnership, guided by 6 livability principles, aims to break down traditional silos and craft federal programs and policies. . .In the past federal policy inadvertently promoted uncoordinated dispersed growth. . .Today many Americans are car dependent, living far from their workplace in residential subdivisions that don’t have quality public transportation and traditional amenities like corner markets, schools, parks,. . .The federal neighborhood planning initiative is designed to coax localities into restricting where people can live, work and shop into smaller areas connected by public transportation. . .To build and support the sustainable community, housing, transportation, environmental protection, economic development and energy policies. . .” At least they are telling the truth about Dodd’s bill.  They want all of us to live in a crowded city type environment, in apartments or much smaller homes, without cars, and if the United Nations has anything to say about it, with less children.

In the 2005 United Nations World Summit, they discussed the three pillars of sustainability – reconciliation of environmental, social, and economic demands. Sustainability according to UN standards is improving the quality of lives while living within the carrying capacity of the supporting eco-system. Their Earth Charter speaks of a “sustainable global society” founded on respect for nature, universal human rights, economic justice, and a culture of peace”.

According to the UN, the overall driver of human impact on the Earth system is the destruction of biophysical resources. . .The total environmental impact of a community or of humankind as a whole depends on both population and impact per person which depends on what resources are being used and whether or not they are renewable and the scale of human activity relative to the carrying capacity of the eco-system. Humans normally respond to a demand for more resources by trying to increase supply. As supplies deplete sustainable practices are encouraged through demand management for all goods and services by promoting reduced consumption. They even have the Happy Planet Index to measure the well being of people while taking into account our environmental impact. They also think that increasing population in the developing world and our unsustainable consumption poses a challenge to sustainability.

To read the UN Decade of Education for Sustainable Development in pdf format go here.

To read what the UN thinks about private property rights go here.

Read the UN Population Challenges and Development Goals in pdf  here. To read what the UN and Obama really think about abortion go here.

If you really want to understand the Chris Dodd bill and what the government has been doing to the country read “From the UN to Athens Alabama: A Chronology of UN Land Management Philosophy and How It Was Transferred to Local Government” here.