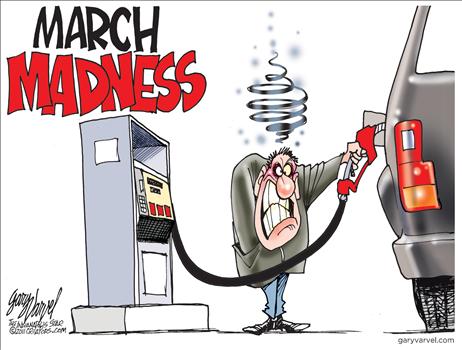 1992 was a good year for the radical left. The United Nation’s Conference on Environment and Development (Earth Summit II) was held, Agenda  21 was adopted, and Big Al received his calling to save the environment.

As a direct result of the U.N. Agenda 21, Clinton established the President’s Council on Sustainable Development to transform cities and towns into “sustainable communities” and the Department of Interior, in collaboration with radical environmentalist, went to work to transform the American landscape into the Wildlands Project.

One of Big Al’s first acts as Vice President was to establish an Ecosystem Management Policy, coordinated in the White House and implemented using the various resource management agencies of the federal government such as the Interior Department.

David Foreman, cofounded of the Wildlands Project is one of the Department of Interior’s collaborators.   Part of their mission statement “. . .we live for the day when Grizzlies in Chihuahua have an unbroken connection to Grizzlies in Alaska; when the gray wolf populations are continuous from New Mexico to Greenland; when vast unbroken forests and flowing  plains again thrive and support pre-Colombian populations of plants and animals;. . .”    Doesn’t it just give you goose bumps?   Vast landscapes without roads, dams, cars, power lines, and people! Under sustainable communities, humans would be put on reservations (sustainable communities) where they would work and live on the whim of some governmental or dare I say, a global czar.

Another Nongovernmental Organization  (NGO) that works with the Interior Department is the Sierra Club funded, in part by Democracy Alliance whose  members include George Soros, Anne Burger of SEIU, the Rockefeller Family Foundation,  which is pushing the idea of Eco-regions.  Obama and Salazar also depend on  the  World Wildlife Fund {WWF} which receives 20% of its operating budget from taxpayers through government grants, around 10% from industry and the rest from private donors and foundations.  One of the foundations that supporting WWF is the Tides Foundation which receives tons of dough from non other than the left’s poster boy  George Soros whose name can be tied to most of the loony environmentalist causes.

NGOs, directly affiliated with the Wildland Project and others that prefer to hide in the shadows,  are implementing their plan to change America.   While the United Nations is using the existing 328 Biosphere Reserves as their first step toward global implementation, the Wildland Project plans to use the existing network of Wilderness areas (parks) and other federal and state lands controlled by the government which currently is around 100 million acres. But to reach that 50% goal established by Agenda 21, private lands must also be placed under the heel of the federal boot.

The Northern Appalachian Restoration Project is working to convert 8 million acres in Maine, New Hampshire, and Vermont into a Headwaters Wilderness Reserve System.  About one million acres of the area is already publicly owned but the remaining 7 million acres are privately owned by timber companies.  The cost to purchase the 7 million acres is around $2 billion dollars.

The Minnesota Ecosystem Recovery Project was established in 1993 to develop a Minnesota Biosphere Recovery Strategy which would include an area covering northern Minnesota and southern Ontario, representing around 1.1 million acres and encompasses 14 counties.  The Greater North Cascades Ecosystem includes more than 10 million acres in Washington and British Columbia while the Klamath/Siskiyou Region in southwestern Oregon and northern California involves about 10 million acres.  While there are no designated areas in Virginia linked directly to the Wetlands Project, the Delmarva and Chesapeake Bay Programs that cover substantial parts of the Delaware, Maryland, Virginia, Pennsylvania, and New York sound suspiciously close. It is very suspicious that ALL THE AREAS the government controls or WANTS to PROTECT using the Wildlife Project contains vast reserves of oil and natural gas.

The federal government is now poised to take Agenda 21 to the next level.  Ken Salazar, Secretary of Interior, announced just before Christmas in 2010, that he was directing the Bureau of Land Management to survey it’s [government’s] vast holdings with a view toward determining which areas should be designated as “wild lands“.     With the creation of Secretarial Order 3310, Salazar has created a new category of land in an attempt  to make millions of acres of public land off-limits to development  without Congressional Oversight.   Representative Hastings, R-WA, the new chairman of the House Natural Resources Committee blasted the move as a “backdoor approach intended to circumvent both the people and Congress.”  He added that Salazar’s move is seen as nothing more than Obama’s way of dealing with a new Congress that he doesn’t control.

Order 3310 requires local Bureau of Land Management (BLM) field offices to inventory all land for wilderness characteristics, the definition of which is fuzzy.  The inventory must be taken before any proposed project in the area is approved and the BLM field offices will determine when it is appropriate to conduct a wilderness inventory. Wyoming Governor, Matthew Mead, in a letter to Salazar said “A wild lands designation will further drag out (if not permanently halt) the permitting process while local economies suffer. The BLM currently does not have the appropriate resources or track record for approval of plans and projects; and this will only make the problem greater and delays longer.”  You can bet one of the first battlegrounds will be Alaska’s North Slope, which is  home to around 900 million barrels of crude oil and 53 trillion cubic feet of natural gas according to the U.S. Geological Survey.

If you need more proof that Obama and his socialist buddies are strangling our economy,  next time you head to the gas station chew on this:

Obama’s new energy policy consists of increased bio fuel production, increased electric car production, and increased renewable power production.  Nothing else will be tolerated! The main source of bio fuels is ethanol which produces less energy per unit volume than gasoline, contributes to food price increases, and costs taxpayers $4 billion to produce only 2% of the total gasoline supply, with dubious environmental efforts.  Electric cars are costly and do not fit the needs of the majority of American consumers.  Obama is subsidizing  solar and wind power to produce a small 1% of our electrical generation at an enormous initial cost and higher energy bills for consumers.

During his first month in office, Salazar canceled 77 leases for oil and gas drilling in Utah. He also said he was taking a “fresh” look at the 2008 leasing rules to develop oil rich lands in Colorado, Utah, and Wyoming, on the 2 million acre  ”Green River Formation”. The  U.S. Geological Survey estimates the region, dubbed the “Persia of the West“, may hold 1.5 trillion barrels of oil which is 6 times the reserves of Saudi Arabia, and would meet our needs for the next 2 centuries.

Last summer Obama placed two drilling bans in the Gulf of Mexico cutting offshore domestic production of oil by 13%.  Last fall Salazar announced that the eastern Gulf of Mexico, the Atlantic coast, and the Pacific coast will not be developed, effectively banning oil drilling for the next 7 years and the recovery of at least 19 billion barrels of oil

With a new designated “wild lands” Obama and Salazar have effectively killed two birds with one stone.  They will have put oil rich land off limits to any and all drilling while furthering the United Nation’s Agenda 21, all at taxpayer’s expense.

← DIVORCED FROM REALITY
THE UN: Anti-American AND Anti-Semitic →