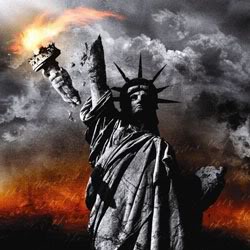 At a time of trillion dollar deficits, record debt, high unemployment, skyrocketing energy prices and a dead economy, something has to give and a few Republicans are eyeing the United Nations.

British Prime Minister David Cameron recently announced that they are pulling British tax dollars from U.N. institutions they deem to be inept, wasteful  or redundant.  Cameron issued a “sweeping and hard-nosed reorganization of priorities for its $10.6 billion multilateral foreign aid program” and announced that he is “pulling the financial plug on four UN organizations in 2012 and putting others on notice.  The UN Human Settlements Programme (UN-HABITAT), the International Labour Organization (ILO), the UN Industrial Development Organization (UNIDO), and the UN International Strategy for Disaster Risk Reduction (UNISDR) will lose all funding. The Un Educational, Social and Cultural Organization (UNESCO) and the UN Food and Agriculture Organization (FAO) have been told to shape up or lose funding.

Representative Ileana Ros-Lehtinen who heads the House Foreign Affairs Committee held hearings last month to identify areas of improvement at the United Nations.  Particularly offensive to Ros-Lehtinen is the UN Human Rights Council (HRC) which she deems is anti-American and anti-Semitic.  “I’d like to make sure that we once and for all kill all U.S. funding for that beast.” The larger United Nations system is a bloated bureaucracy of  waste and fraud.    Some of its programs are mired in scandal and others simply ineffective.

Obama is countering by sending the UN Ambassador Susan Rice on the “campaign” trail to convince us that the United Nations is a “vital”
organization that we must continue to fund.   Rice, taking a page from the big O’s play book,  is blaming the United States for the ills of the UN and apologizing for supposed American injustices. In a speech at the Oregon World Affairs Council, Rice claimed that Americans “shirk  our responsibilities” to the UN and our approach is “short sighted“.  She even said that the United States is “awash in unpaid bills” and we have a “habit of skipping out on the check”.

The United States is the largest supporter of the United Nations with an assessed 22% share of the U.N. budget and 25% of its peacekeeping operations.   According to the Heritage Foundation, the source and amounts of U.S. funding are difficult to track accurately prompting Congress to pass legislation requiring the Administration to report annually on all U.S. funding.

According to Ambassador Rice the U.N. can’t tax us “It can’t override U.S. law.  The U.N. can’t order our soldiers into battle.  It can’t take away our 2nd Amendment Rights.  The U.N. can’t impose social norms on us.  And it doesn’t begin to have any much-hyped fleet of secret black helicopters. . .”

The United Nations wants to issue a global  tax,   take away our 2nd Amendment Rights,  take control over our children, and our property rights,  and redefine our families.

The United Nations is a bloated bureaucracy of waste and fraud. Some of its programs are mired in scandal and others are simply ineffective.
Their ultimate goal is a  one world government that they control. In order to fulfill their wish, every country would have to cede its sovereignty.

The largest voting bloc at the United Nations is Islamic and the second largest is Marxists, both of which have plans to eliminate America as we know it.   American taxpayers are supporting their own destruction.