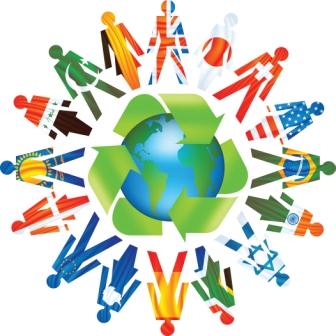 Senator Rand Paul introduced S 2122, the “Defense of Environment and Property Act of 2012”  on February 16 of this year to  reform federal water policy to protect land owners from the EPA.   Rand’s bill would define “navigable waters” to be waters that are actually navigable, protecting the rights of states primary authority over land and water rights within their border and prohibit federal agents from entering onto private property without the expressed consent of the land owners.  The text of the bill is not yet available but the bill has been read twice and referred to the Committee on Environment and Public Works.

Passage of this bill is necessary to apply brakes to the latest EPA power grab.

At the request of the EPA, the National Research Council (NRC) issued a report last August laying out an “operational framework for integrating sustainability as one of the key drivers within the regulatory responsibilities of the EPA” citing the 1969 National Environmental Policy Act (NEPA).

Referencing a little noticed Obama Executive Order  13514 from 2009, the NRC report adopts Obama’s definition of sustainability contained in that order.    Under Obama’s definition, sustainability means “to create and maintain conditions, under which humans and nature can exist in harmony, that permit fulfilling the social, economic, and other requirements of present and future generations.”

According to the NRC, the sustainability study, known in EPA circles as the “Green Book”,  “both incorporates and goes beyond an approach based on assessing and managing the risks posed by pollutants that has largely shaped environmental policy since the 1980s.”   This new tactic will broaden the EPA’s focus to include both social and economic, as well as environmental, pillars and strengthen the EPA as an organization and a leader in the nation’s progress toward a sustainable future.

The term “sustainability”  has never been defined with any precision but has become a mainstay of the U.N., environmental organizations, and increasing, federal, state, and local governments.

In other words, with the stroke of a pen, and a wink and nod to the NRC,  Obama put the EPA in charge of pushing the U.N. Agenda 21 Sustainable Living.

Not to long ago, someone asked me:  what is wrong with sustainability?   There is everything  wrong with the U.N.  sustainability agenda.    Under Agenda 21, the government will be able to dictate where you live, how you live, where you work, how you get to work, how many children you can have,  if you can go to college and what profession you must choose,  where farms can be situated and what they can grow, etc.  Agenda 21 was adopted at the U.N. Conference on Environment and Development (UNCED) at Rio de Janeiro in June 1992, as a comprehensive plan of action to be taken globally, nationally and locally by organizations of the U.N.

The EPA has already engaged in many projects that further the UN sustainability aims.  In June 2010, Obama, by Executive Order, launched the Ocean Policy Initiative (OPI) which subjects America’s waterways – oceans, rivers, bays, Great Lakes, coastal and inland areas to federal zoning.  These areas will now be managed according to “Costal and Marine Spatial” planning.    The EPA now have control over commercial fishing, recreational fishing, boating, sand and gravel mining and oil and gas operations, etc.

In June 2011, Obama created, via Executive Order 13575, the White House Rural Council composed of more than two dozen federal agencies whose objective is to “enhance federal engagement in rural communities.”   In English, this simply means that  Bureaucrats, environmentalists, renewable energy suppliers and political allies will now determine what is sustainable on the farms of America.

Freedom and unrestricted private property rights go hand and hand.  The system of private ownership is the best way to protect the environment simply because property owners generally take care of their property because they have a vested interest in it.  That is not the case with government.

We need to get behind S2122 and make certain that it is passes, that is, unless you want EPA regulators telling you that the little creek behind your house now puts your property under federal control.

← Torch The Constitution: It’s Good For the Planet
Watching You →