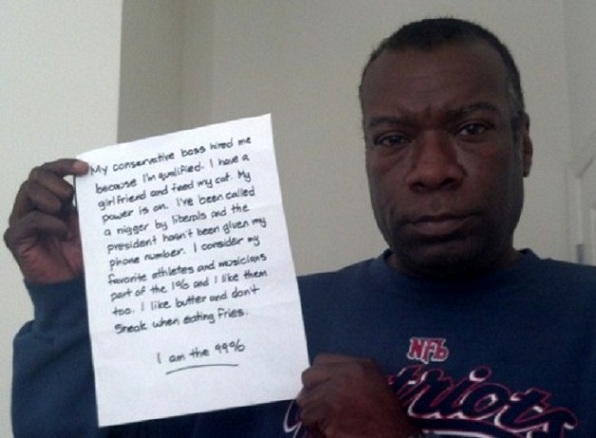 Bob Parks writes: My conservative boss hired me because I’m qualified. I have a girlfriend and feed my cat. My power is on. I’ve been called a nigger by Liberals and the president hasn’t been given my phone number. I consider my favorite athletes and musicians part of the 1% and I like them too. I like butter and don’t sneak when eating fries.

Bob Parks has over thirty years experience as a graphic designer and over twenty in print journalism, television and radio.

Bob started his career in 1985 as a Navy journalist for his carrier (USS Midway, CV-41) publications. In 1989, after a brief investigative reporting stint with the Guam Tribune, Bob progressed into television in 1990 as a graphic designer for the Fox Broadcasting Company (and post-production facilities) in Hollywood.

He became an online columnist in 2002 for Men’s News Daily, and has since written for websites like the New Media Journal, New Media Alliance, The Washington Times, ChronWatch, the Canada Free Press, Family Security Matters, NewsBusters, and Accuracy In Media.  Bob has also appeared as a guest on numerous radio programs including the BBC, as well as on television: C-SPAN, CNN, Fox News, and Russia Today.

← ND Tops in Job Creation, Lowest in Unemployment
Christians Not Allowed To Display Their Faith →