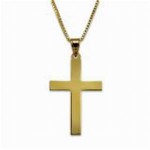 In Europe, the government has said Christians do not have a right to wear a cross or crucifix openly at work. The Government’s position received an angry response from prominent figures including Lord Carey, the former Archbishop of Canterbury who accused ministers and the courts of “dictating” to Christians and said it  was another example of Christianity becoming sidelined in official life.

Satan is alive and well on planet earth. Though he had been slipping into our lives discretely, he has made himself more noticeable over the last 3 years. With each passing day, his evil is gaining enormous speed running amok through our schools where our children are being taught that perversion is good for them, through our government  where bribes, lies and executive orders have been signed to control us, in the halls of justice where our Constitution and Bill of Rights have been shredded, in our monetary system where we have been enslaved by a corrupt government in monumental debt, and through the church where Christians are being persecuted.

Socialism/Communism removes God from our lives. (Political) Socialism is the redistribution of wealth. Our government is setting itself up as a saviour saying follow me and everything will be paradise.

(Education) Our public schools have become a government entity with government dictating what is taught and the forced removal of God. Private schools are under attack with the change in tax status and laws being forced upon them to either comply or shut down.

(Financial) Government has forced banks to comply with rules and regulations setting them up for failure, then government sweeps in and bails them out, leaving the banks at the mercy of the government.

(Religion) Churches are no longer teaching the word of God. More and more Pastors have disgarded the bible and are teaching a feel-good theory.

These 4 Hidden Dynasties are the tools being used to usher in the New World Order.

In 2009 Ron Paul made mention of the 4 Hidden Dynasties on his website:  The corruption of the four hidden dynasties or institutions that are ruling our world today.

This explains why Ron Paul was passed over in most of the debates, and the liberal news media makes him out to be some old bumbling idiot. Well, they can laugh and make fun of him all they want with their hands held out and their palms greased by George Soros as they follow orders blindly and participate in the cover-up of our unconstitutional leader.

But Ron Paul will be the one who laughs last. He can say he refused to sell his country and countrymen out for the almighty dollar.

“Without warning he will enter the richest areas of the land. Then he will distribute among his followers the plunder and wealth of the rich–something his predecessors had never done. He will plot the overthrow of strongholds, but this will last for only a short while.”