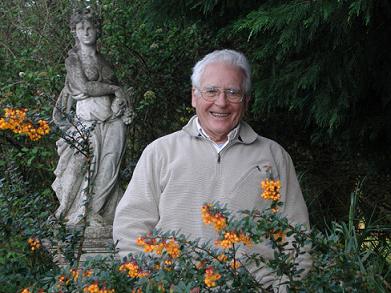 James Lovelock, aka the “godfather” of global warming,  who in 2006 predicted that by the century’s end “billions of us will die and the few breeding pairs of people that survive will be in the Arctic where the climate remains tolerable”, in an interview with MSNBC acknowledged that he had been unduly “alarmist” about climate change.

Lovelock is a world renowned scientist and environmentalist whose Gaia theory – that the Earth operates as a single living organism – has had a profound impact on the development of the global warming theory.    His invention of the lectron capture detector in 1957 enabled scientists to measure CFC’s (chlorofluorocarbons) and other pollutants in the atmosphere, leading to the birth of the modern environmental movement.

Lovelock said that after observing that global temperatures since the turn of the millennium have not gone up in the way the U.N. computer-based climate models predicted, “the problem is we don’t know what the climate is doing.  We thought we knew 20 years ago.  That led to some alarmist books, mine included, because it looked clear-cut but it hasn’t happened.  The world has not warmed up very much since the millennium. . .it has stayed almost constant, whereas it should have been rising. . .We’re supposed to be halfway toward a frying world now.”

In another interview to the UK’s Guardian newspaper Lovelock said while he still believes that global warming is occurring and we need to  lower our greenhouse gas emissions,  it’s now clear that the doomsday prediction, including his own and big Al Gore’s were incorrect.  And, “being allowed to change your mind and follow the evidence is one of the liberating marvels of being an independent scientist. . .”.

Lovelock said his attitude to the politics and the economics of energy was altered when 3 years ago he received a heating bill for the winter totaling $6,000 lbs.   Having already upset many environmentalists with his support for nuclear power and his hatred of wind power which he calls “ugly and useless”,  and “sustainable development” meaningless drivel, he is now facing even more anger  from environmentalists for his support of fracking. He says that while it is not perfect, it does produce less CO2 than burning coal.  “Gas is almost a give-away in the US at the moment. . .Let’s be pragmatic and sensible and get Britain to switch everything to methane.  We should be going mad on it. . .We rushed into renewable energy without any thought.  The schemes are largely hopelessly inefficient and unpleasant.  Fracking buys us some time and we can learn to adapt.”

While more of a political centrist,  he detests “Liberal Democrats.  They are well meaning, but they have mostly had little experience of power.  The coalition has behaved disgracefully on environmental and energy policies.  It would have been much better if they had been properly right-wing.  I don’t mean something like Thatcher. . .Our political system works because they tend to self-correct each other.  We get to our stable position through checks and balances.  The whole of nature does that through natural selection.  Proportional representation is a very bad idea and an absolute gift to ideologues.”

As far as his Gaia theory and the “green” movement Lovelock says that “It’s just the way the humans are that if there’s a cause of some sort, a religion starts forming around it.  It just so happens that the “green” religion is now taking over from the Christian religion.  I don’t think people have noticed that, but it’s got all the sort of terms that religions use.  The greens use guilt.  You can’t win people round by saying they are guilty for putting CO2 in the air.”  He also thinks that those who deny climate change “have their own religion believing that the world was right before these damn people [the greens] came long. . .”

In 2010 after the fall-out from “climategate” Lovelock said that “humans are too stupid to prevent cliamte change,” and the world’s best hope was to adapt.  He also acknowledged that he was warming to good climate skeptics as “critics  that make you think.”  As for the scientists who had been fudging climate data, Lovelock called it a sin against scientist.  “It’s the one thing you do not ever do.  You’ve got to have standards.”

“One thing that being a scientist has taught me is that you can never be certain about anything.  You never know the truth.  You can only approach it and hope to get a bit nearer to it each time.  You iterate towards the truth.  You don’t know it.”   James Lovelock