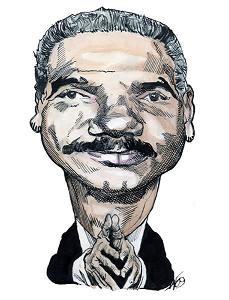 Representative Allan West says that liberal Democrats in Congress, including many members of the Congressional Black Caucus, who walked out on the bipartisan vote to hold Attorney General Eric Holder in criminal and civil contempt of Congress did so because Holder is black.

“Today the Congressional Black Caucus and other liberal members of Congress judged the Attorney General by the color of his skin, and not by the content of his character.  I am disappointed my colleagues would rather engage in a political stunt to distract the American people from knowing the truth behind the Attorney General’s disregard of the law and disrespect of congressional oversight to provide requested documents.”

Seventeen Democrats joined all but two Republicans to vote to hold Holder in contempt, but in spite of this Obama is labeling the vote nothing but a political stunt.   Earth to Obama!  Holder,  who is suppose to uphold the law, has done everything within his power to skirt the law, with your help of course.

“Lady Justice wears a blindfold because she represents objectivity – in that justice is or should be meted out objectively, without fear or favor, regardless of identity, money, power, gender or race.”

Virginia Representative Scott Rigell voted against criminal contempt for Holder but on the second vote he voted to hold Holder in civil contempt of Congress.   Rigell said that Holder should resign.  “In my view the Attorney General has not served the President or the American people well.”

Ohio Representative Steve LaTourette also voted against criminal contempt but did vote for civil contempt.  LaTourette said that he “absolutely believes that Holder has no justification for withholding properly subpoenaed documents.”

Holder doesn’t need justification – Like Obama, he hates everything America stands for .   Holder is  a member of the American Constitution Society, an ACLU style group dedicated to destroying our Constitution in order to remake it in the “progressive image.”  While serving as the number 2 official in Clinton’s administration at the Justice Department, Holder was the driving force behind the effort to pardon members of the notorious Puerto Rica terrorists group – FALN.  He refused to prosecute two Black Panther party members for white voter intimidation during the 2008 election and he, like Obama, wants to make it easier for the  new Democratic base – illegal aliens and felons – to vote.

Not Only Should He Be Held In Contempt, He should Be Disbarred.

← GUN CONTROL – UNDER THE RADAR
With These RINOs In Charge, Who Needs Democrats? →