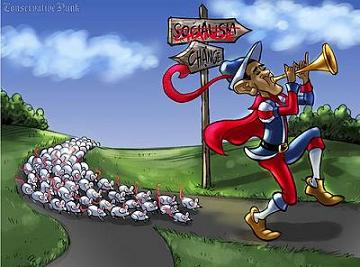 The United Nations, warmed by its latest climate change conference in Rio, has decided they need to fleece developing countries.  The UN World Economic and Social Survey released its report on July 6 proposing “mechanisms” [if you don’t call it taxes, does it hurt less?] to finance development and global needs that include combating the weather.

All they need is a mere pittance – $400 billion a year – and to raise that pittance  – they want to impose global taxes.

A United Nations global political body with taxing authority and enforcement powers – what more could we ask for?  I’m sure Obama is backing this proposal since he and Hillary have done everything in their power to cede sovereignty through U.N. treaties.  Would Congress stand up to Obama if he is willing to go along wih this?  So far Obama has made ignoring Congress [and the voters] an art form.  And Congress has made itself irrelevant by allowing Obama to ignore our Constitution.

Myron Ebell, director of Energy and Global Warming Policy at Competitive Enterprise Institute warmed  that the U.N. proposed taxes were “dangerous” and “should be opposed by “anyone who believes in our national sovereignty and opposes global governance. The chief ambition of the U. N. is . . .to insure funding for their vast bureaucracy by creating some sort of new global tax that flows without any control by U.N. member states.  Money is power.  Hundreds of billions in additional revenue would allow the UN to create the institution of global governance that are contained in several U.N. environmental treaties but have never been realized due to a lack of funding.”

Do you need any more evidence that the U.N.’s purpose is to steal America’s wealth and hand it out to our enemies?  Isn’t Obama already doing enough of that?