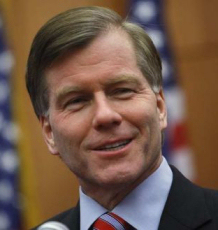 One of the bright spots in the Supreme Court ruling on ObamaCare was its 7-2 decision striking down Obama’s attempt to blackmail states into going along with a massive and costly expansion of Medicaid.

Florida Governor Rick Scott was the first to announce that his state would not expand Medicaid eligibility to 133% of the federal poverty level and would not establish a state insurance exchange.  He went so far as to return grants and other funding that the previous governor had received to help implement the legislation.

Governor Scott was joined by GOP governors in rejecting the Medicaid expansion, including Governors Branstad of Iowa, Brownback of Kansas, Haley of South Carolina, Heineman of Nebraska, Jindal of Louisiana and Scott Walker of Wisconsin.    Governor Rick Perry announced Monday that Texas would not expand Medicaid or establish a health insurance exchange.  Perry says that he “stands proudly with the growing chorus of governors who reject the PPACA power grab.  Thank God and our nation’s founders that we have the right to do so.”  In Texas  alone, Medicaid costs for 2014-2019 would be around $6 billion.

Several other governors, including Bob McDonnell of Virginia have made statements suggesting that they will unlikely expand their programs.  Governor McDonnell, head of the Republicans Governor’s Association said that states should wait until after the election before implementing ObamaCare in hopes Romney will win and repeal the law.

My question to McDonnell  – why wait?  It is time to step up and protect Virginians from the  unconstitutional activity of the federal government.

Virginia was the first state to enact legislation, the Healthcare Freedom Act, to protect Virginians against being forced to purchase health insurance or participate in any health care system against our will. Virginia was also one of the lead states in the lawsuit against what McDonnell called a “flawed law.”

Isn’t it time for Governor McDonnell to take a public stand against  federal intrusion and massive tax increases   — that provides insurance for illegal aliens and exempts Muslims?

← Scientist Once Again Prove Global Warming Is A Lie
It’s Not About A Water Crises – Its About Money! →