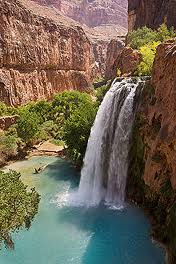 One of the items on the menus at the Rio+20 was a revaluation of the UN’s Integrated Water Resources Management (IWRM) initiative.     IWRM is part of the UN’s overall infamous Agenda 21 “Sustainable Development Initiative” which is basically rhetoric for a global abrogation of private ownership.  It is a way to impose top-down governmental (elite) control of water resources by maintaining that water belongs to everyone.  They have even managed to link the phony water shortage crisis with the equally phony global warming crisis.

There is no world water crises, except that which is imposed on people via corruption, neglect or outright maliciousness.  The world is 70% water  and with today’s technology, any country can purify all the water they need.  Desalination plants are already in use for brackish ground water and ocean water and could solve any countries water shortages, as long as environmentalists stay out of the way.

The IWRM was set up to coordinate development and management of water, land and related resources to maximise economic and “social welfare” in an “equitable manner” without compromising the sustainability of vital ecosystems and the environment.  In non-UN speak – they want to control not only all private property but the water that comes in contact with or crosses that private property so that if some little unknown fish might be damaged by your use of the water, they can prevent you from accessing it.   The EPA, in implementing Agenda 21,  already did this to the California San Joaquin Valley.  Water was cut off for farm use in 2009 to save a 3″ long delta smelt resulting in a man-made drought as tens of billions of gallons of water from the mountains east and north of Sacramento was channelled away from  farm use and dumped into the ocean.

The UN was established by the world’s elite to promote world government and pretty much everything that the UN does is a scam to accomplish that world government.  These elite are constantly discovering  a “crisis” and then proposing complex  UN solutions to defuse them.  But behind the solutions is a single agenda – advancing the cause of world government.

The World Bank is another example of the larger one-world elite conspiracy.  It is deeply involved in the phony water crisis via something called the 2030 Water Resources Group launched earlier this year at the World Economic Forum in Davos, Switzerland, with oversight by the International finance Corporation of the World Bank, partnering with core sponsors Global Green Growth, Nestle, Pepsi-co, SAB-Miller, Coca Cola and US-Aid.

So how do these elite socialist plan on implementing water control?  Through smart water meters – what else.  The World Bank and private entities such as Pike Research are already suggesting the use of smart water meters.

Pike analyst Neil Strother said that “Smart water meter deployments are picking up pace in Europe and North America, and. . .other regions as well.  With losses from non-revenue water representing $14 billion in missed revenue opportunity each year, according to the World Bank, the economic case for better water metering is compelling.”   Now do you get it?   It is not about a water crisis – its about money and power!  Pike estimates the production of smart water meters alone will represent an annual market value of $476 million.  I wonder if Al Gore owns stock in a smart meter company?

The UK has already used the “water crisis” to start  installing smart water meters in households with the plan to have all households “wired” by 2030.  There is also plans to have smart electric meters in all homes by 2020.

The smart water meters are designed on the same theme as the smart electric meters.   Since they can be accessed remotely by the water company or electric company,  and in today’s society, maybe even by DHS, they can control how much water or electricity you are allowed to use.  And don’t think for one minute that if you are on a private well, you can escape.  You can  be charged just as easily as those on city water.

Whether its water, food or energy you can pretty much bet the UN will discover a crisis and then another money grabbing scheme to “solve” it.

← Governor McDonnell: Stand Up For Virginians
Creating Felons for Money is Big Business →

2 comments for “It’s Not About A Water Crises – Its About Money!”