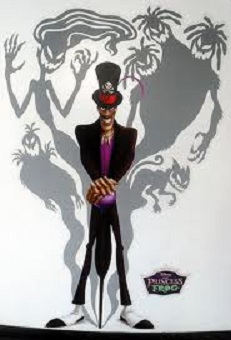 Between now and election day, you will hear the Socialist  brag on all the things they have done, which they call good for America. They will try and discredit the Conservatives, the Tea Party and the Republicans. It’s just more LIES and more PROPAGANDA. DON’T BE FOOLED A SECOND TIME!

America is being Raped by our current administration. Yes, you heard me correctly. We are being raped and robbed by Obama, his Czars, the Socialist Democrats, and the Media. And sadly, by some of our families, friends and neighbors who are too ignorant, too hard-headed, brain-dead or just refuse to believe the truth when it’s staring them in the face.

According to Websters; Rape–the act of seizing and carrying off  by force, abduction, abusive or improper treatment; violation, profanation, a rape of justice; to plunder or pillage.

Rapists have the same mindset as  Communists, Marxists, Radicals and Socialists.Their wish is to overpower, and use intimidation to dominate and control you through any means necessary.They feel resentment, envy, rage and think they are entitled to take whatever they want. Their motives are mostly to punish and degrade. When the victims cry out NO!, it just invigorates and energizes them more. They don’t care what it’s doing to you; so they continue with the defilement for  their own self-gradification. The rape makes them feel superior, and even god-like.

In an abduction, most of the same tactics are used, especially fear and dominance. They try and connect with you, winning your trust through lies, and will promise you everything with be okay. Once they’ve won your trust, they ask for your co-operation and you surrender, believing you will be left unharmed. Once accomplishing what they want, you are nothing to them. You showed signs of weakness by trusting in them and thereby you are expendable.

Like the rapist and abductor, our current administration wants total control andpower.Obama has admitted he has anger and hates this country. Through his revenge, he had placed an enormous tax burden on everyone. He delibertly misleads the Nation, and in gaining your trust, has passed illegal legislation, forcing government run programs on the backs of all Americans. Even when we cried NO!, he continued, as he turned a deaf ear. He paints himself as a savior, ‘god-like’. He has blatantly lied, yet told us everything will be okay if you go along with him. He has wrecklessly spent, given  away and thrown Billions of dollars  to his accomplies without caring about your survival, leaving you therefore, expendable.

By electing Obama, you have enabled him to push his agenda down our throats. Those who voted for him, were seduced by his words, thereby giving him permission to abduct and rape this country. In essence, you have cut your own throats, and thrown your liberty away, and allowed all of us to become enslaved. Our only recourse now, is to fight back.

Most of Obama’s accomplices represent the states we live in. They are the root system which allows his agenda to grow more powerful. We may not be able to cut the head off the snake, but we can certainly cut off the root system. If we fail to do so, the time of writing letter and signing petitions are gone forever.

Those voices don’t speak for the rest of us: video.

Take my instruction instead of silver, and knowledge rather than choice gold; for wisdom is better than jewels, and all that you may desire cannot compare with her.
Proverbs 8, verses 10-11

Listen to an expert, (KGB) explain how Obama is brain-washing the American citizens. How he takes control through Demoralization, Crisis, Normalization (about to happen) and how he uses the left for Destablization. Parts of this video are explicit.

Our Constitution is the Law of our Nation. Obama has no respect for our Constitution even though he has  quoted and used it for his own agenda  and that of  foreigners; illegal immigrants;   and the builders of the Muslim mosque. He has mocked the word of God, the very principals our Constitution was derived from.

PLEASE……….Watch this video. It certainly answers a lot of questions.

When you cast your vote in Novemeber, Vote for Freedom, Vote for America!

Remember Who You Are!, I Am America videos.

A VOICE OF WISDOM

“If we lose economic freedom we lose all freedoms…………..Freedom is something that cannot be passed on in the blood stream or genetically. And it’s never more than one generation away. Every generation has to learn how to protect and defend it, or it’s gone……..gone for a long, long time.” Ronald Reagan ← Why I Voted For A Democrat
THE EVIL MEN DO →

3 comments for “Rape Of A Nation”