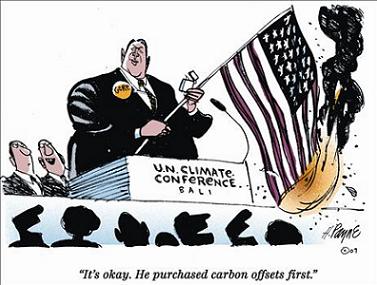 Propaganda is the science of persuasion and mind control.  Its purpose is to forge allegiance to a political order or to ensure acceptance of a political agenda.

The climate change scam a perfect example.  Irregardless of any scientific consensus and in direct defiance of evidence that  proves the earth  is not warming, that oceans are not rising,  and the polar bear population is not in decline, environmental Nazis, the current administration, socialists at the United Nations  and the  media’s climate fear mongering grows louder every day even as the latest science grows less and less alarming.

Geophysicist Dr. Claude Allegre, a top geophysicist and French Socialist who was one of the first scientists to sound global warming fears twenty years ago, now says that the cause of climate change is unknown and accused the “prophets of doom” of being motivated by money, noting that “the ecology of helpless protesting has become a very lucrative business for some people!  Glaciers historical  archives point to the fact that climate is a capricious phenomena.  This fact is confirmed by mathematical meteorological theories.”  He went on to say that “there is no basis for saying, as most do, that the science is settled.”

Geologist Bruno Wiskel of the University of Alberta reversed his view of man-made climate change.    Author of “The Emperor’s New Climate: Debunking the Myth of Global Warming,” Wiskel realized that the global warming “theory was full of holes and ‘red flags,’ and became convinced that humans were not responsible for rising temperatures.”  “If this happened once and we were the cause of it, that would be cause for concern.  But glaciers have been coming and going for billions of years.”  He also said that global warming has gone “from a science to a religion” and noticed that research money was being funneled into promoting climate change rather than funding areas he considered more worthy.

Astrophysicist Dr. Nir Shaviv, one of Israel’s top scientists recanted his belief  that  man-made emissions were driving climate change.  “Like many others, I was personally sure that C02  is the bad culprit in the story of global warming.  But after carefully digging into the evidence, I realized that things are far more complicated than the story sold to us by many climate scientists or the stories regurgitated by the media.  In fact, there is much more than meets the eye.”

Mathematician and Engineer Dr. David Evans, who did carbon accounting for the Australian Government said he devoted 6 years to carbon accounting, building models for the Australian government to estimate carbon emissions from land use change and forestry.  “New evidence”, he said “has weakened the case that carbon emissions are the main cause.”   Evans also admitted that he  had benefited from the scam.  “I was on that gravy train, making a high wage in a science job . . .And so were lots of people around me; . . . we had political support, the ear of government, big budgets, and we felt fairly important.  It was great.  But . . .  New ice core data shows that past warnings were not caused by rises in atmospheric carbon.”

Climate Researcher Dr. Tad Murty, former Senior Research Scientist for Fisheries and Oceans in Canada  said  “I started with a firm belief until I started working on it myself.   I switched to the other side in the early 1990s when Fisheries and Oceans asked me to prepare a position paper and I started to look into the problem seriously.  If back in the mid 1990s, we knew what we know today about climate, Kyoto would almost certainly not exist, because we would have concluded it was not necessary.”  Murty was one of 60 scientists who advised Prime Minister Stephen Harper to withdraw from Kyoto Treaty.

Botanist Dr. David Bellamy, a famed UK environmental campaigner and former lecturer at Durham University now calls global warming fears “poppycock.”  :Global warming is largely a natural phenomenon.  The world is wasting stupendous amounts of money on trying to fix something that can’t be fixed.  The climate change people  have no proof for their claims.  They have computer models which do not prove anything.”

Climate Scientist Dr. Chris de Freitas of the University of Auckland, N.Z. converted to skeptic.  “At first I accepted that increases in human caused additions of carbon dioxide and methane in the atmosphere would trigger changes in water vapor, etc. and led to dangerous global warming.  But with time and with the results of research I formed the view that, although it makes for a good story, it is unlikely that the man-made are drivers of significant climate variation.”

Meteorologist Dr. Reid Bryson of the Department of Oceanic and Atmospheric Sciences at the University of Wisconsin, was pivotal in promoting the coming ice age scare of the 1970s but has now converted into a leading global warming skeptic.  “Before there were enough people to make any difference at all, two million years ago, nobody was changing the climate, yet the climate was changing.  All this argument is the temperature going up or not, it’s absurd. .You can go outside and spit and have the same effect as doubling carbon dioxide.”

Economist Hans H.J. Labohm said he was a believer until he read the U.N.’s IPCC Summary Policymakers and the research of prominent skeptics. “Climate change is real is a meaningless phrase used by activists to convince the public that a climate catastrophe is looming and humanity is the cause.  Neither of these fears is justified.  Climate changes all the time due to natural causes. . .”

Paleo-climatologist Tim Patterson of Carlton University in Ottawa said he became skeptical when research results came in and we were astounded to find that paleo-climatic and paleo-productivity records were full of cycles that corresponded to various sun-spot cycles.  As a scientists I go where the science takes me and not were activists want me to go.”

Physicist Dr. Abingniew Jaworowski, chairman of the Central Laboratory for the U.N.’s Scientific Committee on the Effects of Radiological Protection in Warsaw, said he has a “lot of experience with polar and high altitude ice and I have a serious problem in accepting the reliability of ice core CO2 studies.”  He called the UN IPCC summary ‘the greatest scientific scandal of our time.’  For the past three decades  well-known direct CO2 measurements were completely ignored by climatologists and not because they were wrong. . .measurements were made by several Nobel Prize winners. . .the only reason for rejection was that they did not fit the hypothesis of anthropogenic climatic warming.”

Paleoclimatologist Dr. Ian D. Clark, professor of the Department of Earth Sciences at University of Ottawa says there is “no evidence of humans being the cause.  There is, however, overwhelming evidence of natural causes such as changes in the output of the sun.  Many other leading climate researchers also have serious concerns about the science underlying the Kyoto Protocol.”

The list is extensive and it continues to grow.

We have been sold a bill of goods. Global Warming, Climate change or whatever its now called is a fraud.  The earth’s climate change, what we once referred to as the “weather” is constantly changing.  there has never been any single negative effect of any type that can be unambiguously attributed to global warming.   There is no “real” scientific evidence that we are entering an era where significant climate change will cause deterioration of either the natural environment or the human standard of living – it exists only in the minds of those drooling over the amount of money they can steal from the world’s population.

“The theory of ‘man-made climate change’ is an unsubstantiated hypothesis [about] our climate [which says it] has been adversely affected by the burning of fossil fuels in the last 100 years, causing the average temperature on the earth’s surface to increase very slightly but with disastrous environmental consequences. The theory is that the CO2 emitted by burning fossil fuel is the ‘greenhouse gas’ causes ‘global warming’ — in fact, water is a much more powerful greenhouse gas and there is 20 time more of it in our atmosphere (around one per cent of the atmosphere) whereas CO2 is only 0.04 per cent. There is no reproducible scientific evidence CO2 has significantly increased in the last 100 years.” Dr. Leslie Woodcock, former NASA Scientist