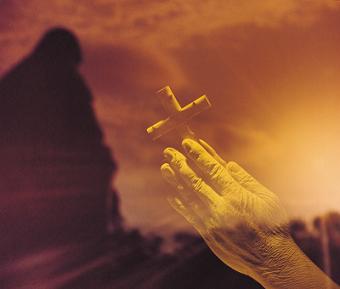 What shapes our world outlook?  Where do ideas come from?  To what can we attribute our biases and our perspectives?

Man would prefer to credit analytic thinking as the basis of our beliefs since it is the faculty that distinguishes us from all other creatures.  But can’t analytic thinking  just as easily lead us in circles if we decide where we are going to end up before we make the journey?

The mere physical activity of getting on a plane requires faith.  You have to have faith in the engineers who designed it; faith that the mechanic who maintains that plane isn’t having a bad day; and faith that the pilot  is experienced and competent.  Faith in airline companies is similar to the faith you have for your doctor or your auto mechanic.  It isn’t based on feelings or intuition but in a fully rational respect for experts who understand their field far better than you do.  This is not the blind faith of stepping in front of a speeding train  and expecting God to save us.   It is faith of reason!

Science itself is not entirely void of faith.  After all, accepting scientific theories (best guess) to explain life requires faith because you assume that as experts, they know better than you.  But that isn’t necessarily true!  Science can be based on  preconceived ideas that lead to conclusions based on their own bias.  Two such conclusions based on “theories” come to mind  that scientists use to confidently, without scientific proof,  embrace the premise of a random universe  —  the “Big Bang Theory” and “Evolution.”

According to National Geographic before the big bang, scientists believed that the entire vastness of the universe, including all matter and radiation, was compressed into a hot, dense mass just a few millimeters across, that existed for just a fraction of the first second of time.  Some 10 to 20 billion years ago, a massive blast allowed all of the universe’s known matter and energy, even space and time themselves, to spring from some ancient and unknown type of energy.  Then, in an instant, the universe expanded with incomprehensible speed from a pebble sized origin to an  astronomical scope and that expansion has continued, although at a much slower rate, over the ensuing billions of years and for the last several billion years of stellar evolution, most galaxies were in their infant stage and looked irregular and unorganized.

But doesn’t this “theory” leave several major questions unanswered? What was the original cause of the big bang itself?  While scientists have put forth several explanations none has been proven and even testing their explanations has proven to be a challenge.  What happened to analytic reasoning, scientific method and intellectual honesty?  Where is the willingness to admit that in reality, they don’t have a clue as to what set the mechanism of our universe into motion?

Astronomers from the University of Toronto and UCLA reported finding a spiral galaxy in a section of the universe that would place it within several billion years of the Big Bang, or about 10.7 years ago from our current time.  The galaxy, BX442, isn’t just a spiral galaxy, it is a grand design spiral galaxy.  David R. Law from the University of Toronto said  that the “fact this galaxy exists is outstanding.  Current wisdom holds that such grand design spiral galaxy didn’t exist at such an early time in the history of the universe.

It is not only the past that eludes explanation — we can’t even master the present, and the more we learn, the less we  understand.

In the early 1990’s, Scientists believed gravity was certain to slow the expansion as time went on, at least in theory.  In 1998, the Hubble Space Telescope showed that in the distant past the Universe was actually expanding more slowly than it is today.  So the expansion has not been slowing due to gravity as everyone thought, it has been accelerating.  No one knows how to explain this but scientist are certain that they will someday be able to.

When it comes to Evolution, the abrupt appearance in the fossil record of new species is so common that the journal Science once asked “Did Darwin Get It Right?  Their answer – NO! The appearance of wings is a classic example.  There is no hint in the fossil record that wings were about to come into existence but they did —  fully formed.  Bats navigate by sound.  To do that they need a specialized apparatus to make sounds, specialized ears to hear echoes, and specialized brains to interpret the sounds along with specialized bodies to dive and swoop to catch insects.  If all these things don’t evolve simultaneously, there’s no advantage and to imagine that all these things happened purely by chance is very hard to believe.

Scientist tells us we cannot see evolution taking place because it happens too slowly.  They claim it took tens of thousands of generations to form man from a common ancestor with the ape.   We don’t have these problems with bacteria —  a new generation grows in as short as 12 minutes or up to 24 hours.  There is more bacteria in the environment than there are grains of sand.  There is many mutations in bacteria but they never turn into anything new.  They always remain bacteria.  There are many mutations in fruit flies but at the end of the day, they are still fruit flies.

Evolution is not happening today.  And for evolution to be a scientific fact, it would have to be an ongoing process.  Somewhere in the world, some common ancestor with the ape would be evolving into a human.  Seen one lately?  No, and neither have the scientists because they don’t exist!

Charles Darwin wrote in his book ‘On The Origin of Species’ that “The number of intermediate  varieties. . .must be enormous.  Why then is not every geological formation and every stratum full of such intermediate links?  Geology assuredly does not reveal any such finely graduated organic chain and this, perhaps, is the most obvious and gravest objection which can be urged against my theory.”

Scientists are  certain that they will one day discover an explanation for the theoretical impossibility of spontaneous generation, without which they can not account for life on earth.  And, just as certain that one day they will be able to explain the breathtaking lack of fossil evidence to support their hypothesis. Or explain why why animals are little more than the sum of the atoms and neurons that compose their cerebral hardware, whereas human beings possess imagination, conscience, and nobility of spirit.

You and I might call say this means that scientists have faith they will someday find the answers they seek, but wouldn’t that be unscientific? Isn’t accepting something as truth that  cannot scientifically be proven  faith without reason?

Is there a way to integrate science and a belief in God?   Real science easily backs up the creation and disproves evolution.

A study of marine crustacean fossils from the Maotianshan Shale of China provides important new evidence for creation.  The study revealed that a complex and expansive ecology existed in the period known as the Cambrian Explosion,  a time when advanced multi-cellular animals suddenly appeared on earth.   At the time of the Cambrian Explosion, nearly every animal phyla ever to exist on earth appeared and since that time, arguably no new animal phyla have arisen.   In 1986, Simon Conway Morris discovered that the ecology of the Cambrian fauna  resembled that of modern marine ecosystems, including identifiable predator-prey relationships.

Scientists from Switzerland and the Netherlands have provided increased evidence for the optimal design of the cell’s metabolic pathways which supports the notion that life stems from the work of an Intelligent Agent – a Creator.

Metabolic refers to the chemical reactions that occur in organisms necessary to sustain life making it possible for life forms to extract energy from the environment and construct life’s components.  Within the cell’s interior, metabolic processes are often organized like city streets into routes or pathways comprised of a series of chemical reactions which transform a starting compound into a final product via a series of small, stepwise chemical changes.  These pathways can be linear, branched or circular.    The chemical components that form part of a particular metabolic sequence sometimes take part in other metabolic pathways causing pathways to interconnect and network together.

Given the vast complexity of the cell’s metabolism it is easy to envision how evolutionary processes could have poorly matched the pathways together, bit by bit, over a vast period of time however, a number of recent reports point out that metabolic pathways appear to be designed exquisitely, rather than haphazardly. And, this latest study illustrates that biochemical systems are highly optimized and optimization is a hallmark feature of man-made design, requiring planning and deliberate effort to achieve such optimization.

If oxygen is vital for humans why does it only comprise 20% of the atmosphere?  Studies of ancient charcoal formations show that the atmosphere contained an even greater and more viable fraction of oxygen a few million years ago.  Humanity arrived on the scene when the oxygen fraction stabilized  at the optimal value for human life at 20%.  Wouldn’t this just-right timing point to a supernatural designer?

In Hebrews, Chapter 11, God tells us that  Faith is the substance of things promised, the conviction of things not seen.  Through faith we understand that the world ages were prepared by the Word of God so that things which we see were made by things which are not visible to us.  Without faith it is impossible to please God, for man that comes to God must believe that God is and that He rewards those that sincerely seek him.

Through faith we understand that the universe is not self existent but rather designed by the Creator.  Faith chooses the spiritual over the material, the eternal over the temporal. Faith is not merely a mental conviction.  Logic and faith are companions.

← Marxism and the Military?
We Are Losing Our Dignity and Freedom →