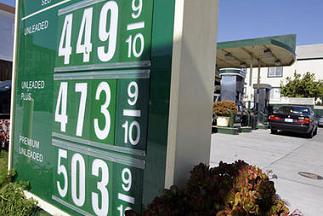 The Interior Department announced mid summer a new plan that will lock up more than 85% of our offshore areas to energy production.   The five year proposal allows for only 15 new offshore leases in the Gulf and Alaska while blocking new drilling on the Atlantic and Pacific coasts.

Salazar calls it a cautious approach to save the environment.  Governor Bob McDonnell calls it the loss of thousands of jobs and millions in new revenues for Virginia while demonstrating that Obama has abandoned the energy industry.

I call it the final blow to America’s economy.  Salazar’s new plan, in conjunction with Obama’s moratorium on offshore drilling, his decision to block the Keystone XL pipeline, coupled with the possibility of a fracking ban, partnered with the EPA’s repeated attacks against the coal industry, are having the desired effects.

Energy Secretary Steven Chu said in 2008 that “somehow we have to figure out how to boost the price of gasoline to levels in Europe.”  He recently told Congress that his goal was to decrease our dependency on oil – “not to get oil prices down.”

Mean while, gas prices are  creeping towards a wallet-busting $4.00 a gallon in some areas and close to $5.00 in the rest of the country.  According to the government, part of the spike in crude prices has been a reaction to the growing tension between the U.S. and Iran.  Iran is one of the world’s major oil exporters and any conflict that closes  the Strait of Hormuz could double the price of crude.  Another factor driving up the price of gasoline is the fact that a large number of oil refineries have closed due to decreased demand in the U.S.  and those that are still working are exporting because they can get higher prices on the international market.

I am not disputing the fact that all the tension in the Middle East is driving up prices.   But Obama’s regulations and moratorium on offshore drilling has made matters far worse.

As the price of gas continues to rise,  the price of everything we buy and consume increases.  Consumers may soon reach the point of having to choose between heating their homes or feeding their children.