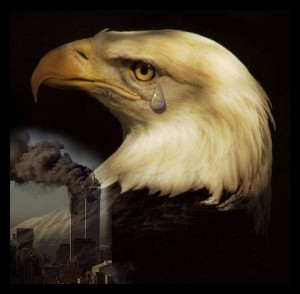 “Incredibly the government is attempting to keep the citizens like a bunch of mushrooms.  Keep us in the dark and feed us a bunch of manure.” Michael Culter, retired Immigration Agent

Since 9/11 there have been numerous acts of terrorism  foiled.  Just yesterday, a Queens man was arrested after he plotted to bomb the NY Federal Reserve Bank on behalf of al-Qaeda.  We only hear about the ones they catch – but what about those that have crossed our border?

A Justice Department memo and other documents obtained by the San Antonio Express-News show that federal authorities know that terror suspects are in this country.  Not only do they know they are here,  they know who helped bring a lot of them here through Mexico and Texas – a Somali man, Ahmed Muhammed Dhakane.

Ahmed Muhammed Dhakane has been in the custody of U.S. Immigration and Customs Enforcement since entering the country from Mexico through Brownsville, Texas, in March 2008.  Newly released documents label Dhakane a “national security risk” and a facilitator of groups accused of funding terrorism.  The government also alleges that Khakane smuggled potential terrorists into the country.

Dhakane plead guilty on November 2, 2010 to two federal false statements charges:    he mischaracterized how he entered the U.S. and,  he falsely claimed a woman as his wife so she could also enter the U.S.   He still denies the more serious charges of smuggling terrorists into the country.  According to Khakane he was a former member of Al-Barakat and Al-Ittihad Al-Islami (AIAI), both listed as “Special Designated Global Terrorists”.   Federal prosecutor Mark Roomberg told a judge in the November hearing that Dhakane had smuggled, or had tried to smuggle through Texas, several East Africans with  similar terrorists links.

According to a memo obtained by the Express-News, the FBI  caught Dhakane on tape boasting that he made as much as $75,000 in one day by smuggling Somalis into the U.S. “He admits that he knowingly believed he was smuggling violent jihadists into the U.S. with full knowledge that if the decision was made by the terrorists groups, these jihadists would commit violent acts in and against the U.S.”    He also admitted  that he was personally responsible for ensuring that the money he smuggled from the U.S. to Somalis went to the appropriate AIAI shaikh or cleric.  The memo also said that he was a human smuggler based in Brazil from June 2006 through March 2008, using a network of corrupt officials to get travel documents to move East Africans to the U.S. and other countries and teaching his clients how to make false asylum claims.  Among those smuggled were members of AIAI and the Islamic Courts, the clerical wing of the Somali insurgency.

Jeffrey Addicott, director of the Center for Terrorism Law at St. Mary’s University School of Law, said that  Dhakane was only “convicted of the lesser
offense of making false statements to federal authorities and none of the more serious acts.  This fact reflects the policy of our government to essentially prosecute as early as possible regarding any hints of terror plots.  On the other hand, there are obviously many untraced and probably untraceable individuals that have entered the U.S. from his efforts.  Bottom line is that this case reflects the reality of how easy it is to enter the U.S. through the southern border and the fact that radical Islamic extremists have entered the nation and will continue to do so.”

Documents obtained through the FOIA from the U.S. Customs and Border Patrol in January of 2011 year show that

In 2010 it was revealed that Adnan  El Shukrijumah had traveled to the U.S. in 2004 by crossing the Mexican Border.   Shukrijumah is said to be working on the “American Hiroshima” project.

How many other terrorists are using the Mexican Border as a portal?  No one actually knows for certain.

Representative Duncan D. Hunter, R-CA  introduced HR 1091 the “Unlawful Border Entry Prevention Act” which would “grant” authority to DHS to construct reinforced fencing along the South Western border. ” (Under the Secure Fence Act of 2006, DHS had no legal authority to build additional infrastructure along the border).   The Act also requires DHS to submit a plan to Congress to give “operational control” of a specific sector of the SW Border if  DHS determines there has been a 40% increase in apprehensions of illegal aliens crossing the border in that sector. Blah, Blah, Blah, Blah, Blah.

The government  does not  enforce the immigration laws already on the books and applying another band-aid isn’t going to change that.   The Obama Administration’s open border policy is dangerous.  The key to securing our borders is to work with, not against, border states and localities.

Vanderbilt University Law Professor, Carol Swain, at a hearing before  the House Judiciary Subcommittee on Immigration Policy and Enforcement, testified that “His [Obama’s] failure to enforce federal immigration laws raises  the question of whether we are a nation of laws or a nation without the courage of its convictions.  This dereliction of duties places our citizens at risk and it damages our national sovereignty and standing in the world.  The failure to enforce immigration laws means that American citizens are unprotected. . .[he has] used the power of the federal government to fight states and localities that have made good efforts to assist the government in performing its constitutional duties to protect the citizenry against domestic and foreign threats.”