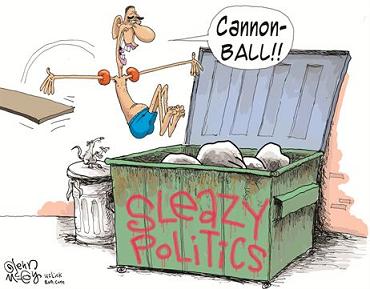 Obama’s political life is a product of left-wing political culture and its institutional bases.   He was recruited,  schooled and transformed by left-wing socialist organizations into a product that America would buy, and buy they did.  But will they buy it a second time?

The evidence is irrefutable that Obama’s path to the presidency was paved by a network of radical  socialist organizations and far-left political figures, funded by a left-wing network of  multimillion dollar foundations to  transform America into an image that only the left could love.  These left-wing Socialist organizations and politicians have instituted a permanent network of financial power  threatening the very liberties that are at the heart of America.

Obama is owned by a self-sufficient and self-perpetuating aristocracy of wealth that far exceeds any previous accumulations of financial power, a power that poses a disturbing prospect for America’s future.

From 1983 through 2004 the City University of New York’s Chapter of the Democratic Socialist of America (DSA) sponsored the Socialist Scholars Conference (SSC) at Cooper University.  SSC events featured the elite of socialist academia, union activists, political revolutionaries, reformers and opponents of a  free market economy.  Guest speakers included members of the Communist Party, USA and its offshoot, the Committee of Correspondence, along with Maoist, Trotskyists, black radicals, gay activists and feminists.   Their  very first Conference in 1983,  promoted as a celebration in honor of the 100th anniversary of the death of Karl Marx, was attended by Obama where he had the opportunity to hear Frances Fox Pivens delivered the opening remarks.

Obama began his career funded by the political left at  the Developing Community Project as a community organizer.   It  was ACORN’s  Project Vote that marked Obama’s debut in the world of political activism.  From there he was mentored and funded by the Midwest Academy that helped moved him from obscurity of his early organizer days to the prominent boards of large left-wing foundations.  Countless left-wing allies and advisers promoted Obama’s career in Chicago,  helped him get elected as a state legislator, assisted his entrance into Washington as a Congressman and transformed him into a candidate for President.

The White House was bought and paid for by:

The Woods Fund hung a sharp left in 1980 at the death of Frank H. Woods, Jr. when it fell into the hands of staffers from the Midwest Academy.  They fund Tides, Acorn and an assemblage of Alinsky inspired community organization such as the Midwest Academy, the Tides Foundation and Tides Center, the Arab American Action League, the Center for Community Change and Trinity United Church of Christ.  Bill Ayers was a former Board Member who recruited Obama to the Board.

The Pew Charitable Trust fell under the sway of progressives in the 1980s and became the largest funder of the left-wing Tides Center.  The Tides Center acts as a middleman directing funds from multiple sources to hundreds of radical groups and lately has been collaborating funding projects with the Heinz Endowments run by none other than Teresa Heinz, the wife of U.S. Senator John Kerry.  In addition to funding radical organizations opposed to free market societies, Pew Trust uses its resources to advance their own left-wing agenda of promoting global warming and an all powerful government.

The John D. and Catherine T. MacArthur Foundation, is another conservative foundation that made a sharp left turn.  Today it is controlled by the likes of Jamie Gorelick, former deputy attorney general in the Clinton administrations.  By 1997 the foundation was funneling so much money to left-wing causes that the Capital Research Center said their grants “have come to exemplify progressive philanthropy.   They support a large number of anti-capitalist organizations like the Global Exchange, a Marxist group and primary sponsor of the anti-World Trade Organization riots in Seattle, the Tides Foundation and Tides Center, the Brooking Institution, the Sierra Club, the Mexican American Legal Defense Fund, the ACLU,  the NAACP, the National Council of La Raza, National Public Radio, Greenpeace, Arms Control Association, etc.  Their agenda includes not only environmental activism but gun control, radical feminist causes, gay rights and redistributive economic policies.

The Rockefeller Brothers Fund instituted in 1940. In 1956 they created the “Special Studies Project” to make recommendations on American public policy of which their theme was government control over the free market.      In 1967, the Brothers Fund created the Rockefeller Family Fund, heavily influenced by the left.   The Rockefeller Brothers Fund is now chaired by Steven Rockefeller, an emeritus professor religion at Middlebury College and a lifelong socialist and environmentalists.   Steven and former Soviet premier Mikhail Gorbachev drafted the “Earth Charter”, an anti-capitalist manifesto condemning capitalism for the world’s social, economic and environmental ills.  Today the Brothers Fund philanthropy underwrites  ACORN, the World Social Forum,  the Tides Foundation and Tides Center, Greenpeace,  National Wildlife Federation, World Wildlife Foundation, the Brookings Institution, Planned Parenthood, the United Nations Foundation, etc.   Both  fund anti-globalization efforts to eliminate the free market and free trade, along with abortions, gay rights, and the usual “everything” goes far-left agendas.

Heinz Endowments funds the Tides Center and underwrites far left groups like PAX Christi USA who view our war against al-Qaeda as unjust, or  my favorite, the Advocates for Community Empowerment that calls the U.S. Constitution “a slave and empire form of governance.”  Teresa Heinz also uses her money to advance her husband, Senator John Kerry’s political career and sponsor opposition to his political rivals despite the fact that IRS code bars tax-exempt foundation from funding partisan causes.   In 2002 the Endowment funded the Three Rivers Community Foundation to support the work of grassroots organizations engaged in promoting social, racial and economic justice, through the Thomas Merton Center, an umbrella group of 35 left-wing groups.  They also fund the Tides Foundation and Tides Center, Environmental Defense Fund, the Sierra Club, Acorn, etc.

Those listed Foundations are only the tip of the ice berg.   They outnumber and out wealth conservative foundations.

Tim Daughtry writes “self-described conservatives outnumber liberals and progressives two to one yet public policy ratchets only to the left.  A small number of people willing to push an agenda will always dominate a large number of people who just want to live in peace and mind their own business.”

I agree to a point but I can’t help but think it goes much deeper.  A lot of people just don’t want to make their own decisions – its much easier to let others tell them what to think.  And, when a well packaged web of lies has been sold gradually, over generations, the truth can appear to be utterly preposterous.  How else could you explain so many Americans falling for the deception?