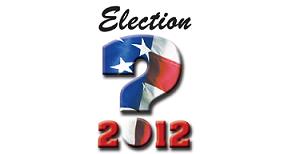 A recent article by Franklin Graham asked  “Can An Evangelical Christian Vote For A Mormon?”   Graham’s answer – YES

“Historically Christians have voted for candidates of different faiths, including Mormon, based on how they live their lives and how deeply committed they are to upholding the Constitution.  God ordained government.”   We are not voting for a “pastor-in-chief,” we are voting for a commander-in-chief.

Our forefathers shed their blood for the freedom to worship without government interference.  We need a commander-in-chief who will uphold the Constitution as one nation under God and who will ensure God’s moral law will not be violated by changing the law of the land.

We need a moral majority made up of Christians, Jews, Mormons, Catholics, etc who will come together to take a stand for the right of individuals to worship as they choose. Personal faith defines strong marriages, family values and person integrity.

For taking this stand, Graham has come under fire from Pastor Samuel Wynn who is superintendent of a United Methodist Church district  in Fayetteville, North Carolina.  He is also upset that the Billy Graham website has “scrubbed” the word “cult” in describing the Mormon faith.  My question to Graham is, “What’s more important for the kingdom of God: politics or the message of Jesus Christ?”  When “the greatest proclaimer of the gospel in the last century embraced Mormonism last week, he confirmed conservative evangelicals’ worst fears about the 2012 election: That Romney’s rise would lift his Mormon church to cultural prominence and acceptance within mainstream Christianity.”

The United Methodist Church understands itself to be part of the holy catholic church and recognizes the ecumenical creeds, the apostle’s screed, and the Nicene creed.  They consider themselves a moderate and tolerant denomination regarding race, gender and ideology.  Some Methodist churchs even have homosexual ministers.   The Catholic church thinks they are the only true church.  Some churchs believe in handling snakes and drinking poision.  Some churches teach the rapture and others support abortion  and homosexual marriage, while others don’t accept the Bible as the true Word of God.

A church is nothing more than a building – you certainly won’t get to heaven by the church denomination  you belong to or the traditions that they teach.  Salvation is a personal relationship with God.  The true Church is the body of Christ.  I Corinthians 12:12-14  teaches us that “For as the body is one, and hath many members, and all the members of that one body, being many, are one body; so also is Christ.  For by one Spirit are we all baptized into one body, whether we be Jews or Gentiles, whether we be bond or free; and have been all made to drink into one Spirit.  For the body is not one member, but many.”

Therefore it is not within our realm of reasoning to judge whether or not anyone individual is saved.  God is the judge – not man.  That said, Christ taught that   “Judge not, that ye be not judged.  For with what judgment ye judge, ye shall be judged, and with what measure ye mete, it shall be measured to you again.  And why beholdest thou the mote that is in thy brother’s eye, but considerest not the beam that is in thine eye? Or how wilt thou say to thy brother, Let me pull out the mote out of thine eye, and, behold, a beam is in thine own eye?  Thou hypocrite, first cast out the beam out of thine own eye; and then shall thou see clearly to case out the mote out of thy brother’s eye.”  Matthew 7:1-5

Jennifer Marshall wrote in her essay that “the exercise of citizenship is a matter of stewardship for Christians.  Our first calling is to glorify God but our everday calling is the way we pursue that end.  We serve God who defines the common good. The first cultural task God gave us was to bring order to society. . .Government is established by good for the good of humanity. . .Government is charged to keep the peace through the rule of law and use of force to punish evildoers.  Much of government’s role is to protect the space in which other institutions such as family and Church pursue their respective roles and responsibilities. . .As a citizen of a self-governing society, one of our callings is to steward the rights and responsibilities of our political order.  Sitting on the sideline is not an option.”

I think that Pastor Wynn, along with a few other evangelical groups should,  instead of condemning Romney’s faith,  first consider a better question – Can A Christian Vote For Obama – a president who is openly hostile toward faith and Christian values and morals?   A man who thinks the murder of an unborn innocent life is morally acceptable –  A man who attacks family values and marriage to further a radical homosexual agenda – a man who has done more than any president before him to drag America toward a Godless Socialist society – A man who scorns and/or ignores  Christian holidays while  celebrating Muslim holidays – A man who began his desecration of the Constitution the moment he was sworn into office – A man who has been plagued with scandals from finance fraud to fast and furious to his decision to let Americans die at the Libyan Embassy.

A decision by Christians to stay home on election day is a vote for Obama.  If you think God is going to be upset if you vote for a Mormon, what do you think he is going to feel when you contribute to Obama’s  re-election?

← Decree For America
The Vice Presidential Debate You Missed! →