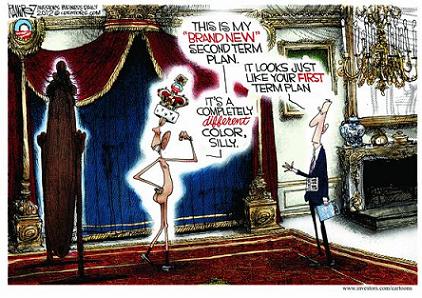 Virginia Governor Bob McDonnell has officially endorsed Mitt Romney for president.  According to McDonnell “for months Obama and his allies have spent hundreds of millions attacking Mitt Romney distorting his record and maligning his character.”

“Yet an interesting thing happened in the past few weeks, particularly in the three nationally televised debates:  Americans got to see the real Mitt Romney – a man of steadiness and principle, and a leader who will stand for the values he has embodied throughout his life.

As governor, he inherited a deficit, balanced four budgets without raising taxes, improved his state’s credit rating, created jobs and lowered unemployment.  These accomplishments should be familiar to anyone following the presidential contest because those same goals are the centerpiece of his economic agenda.

Romney has focused on critical issues since the day he announced his candidacy: jobs and the economy, small business growth, energy education and national defense, to name a few. . .Unfortunately for his political opponents, Romney’s record of results just doesn’t fit the dishonest caricature they have tried to falsely construct. . .Romney’s strong, positive record speaks for itself. . .”

Concerning state elections, McDonnell says that Virginia is facing the loss of over 200,000 jobs under a Washington deal that cuts an additional $500 billion from our military beginning January 2.  Virginia faces among the highest possible job losses of any state in the nation, and each passing day brings us closer to this economic threat.

Tim Kaine left Virginia with 100,000 lost jobs, 19 closed rest stops, a $4 billion budget shortfall and his plan to raise taxes by $2 billion includes new taxes on people making as little as $17,000 a year.  Now Kaine wants to bring his record to Washington, demanding tax increases in exchange for stopping the harmful defense cuts.

It is for these reasons that McDonnell  is endorsing George Allen who is “committed to stopping these devastating defense cuts and promoting job creating energy and economic policies that will restore our economy.  Tax increases don’t create jobs – they harm jobs.”

Obama released his 2nd term “campaign advertising” agenda in the form of a glossy brochure – “A Plan for Jobs and Middle Class Security” which he is sending to  3 million “undecided” voters.  His plan for a second term include pretty much the same old agenda he had in  his first term – a promise to keep ObamaCare, a promise to bring American troops home, a promise to prevent Iran from obtaining nuclear weapons, a promise to enact immigration reform, a promise to rekindle interest in global warming, a promise to hire more union teachers, a promise to invest in even more green energy projects, etc.  He also promised to cut the deficit by reducing “future”  spending by $2.50 for every $1 of tax hikes, by cutting a deal with Boehner.

Obama’s failure to fully embrace recommendations of his own deficit commission and his continuing fondness for “investing” in new “green” energy projects make it highly questionable that he would be any more serious in his second term about cutting the deficit than he was when he added to the deficit in his first term.

Tim Kaine is an Obama clone when it comes to ObamaCare, “green” energy,  massive tax increases, gun control, abortion,  global warming,  big unions, cap and trade, and massive welfare projects.  A vote for Kaine is a vote for the continuation of the policies of the Obama administration.

November 6 is a referendum on the future of America.

← Obama Vs. America
IS LGBT The New Civil Rights? →