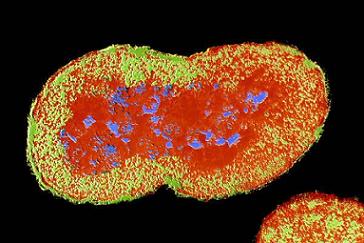 In the second century, the Roman physician Galen named a common ailment whose symptoms included a burning sensation in the urinary tract and the release of pus.  Combining the Greek word for seed – “gonos” and flow “rhoia”, the word gonorrhea entered the Western lexicon.

For 18 centuries, the disease was a constant reminder of the dangers of promiscuity.  James Boswell, an 18th century British writer called it a “memorandum of vice” before dying himself from what are believed to be complications of the illness.   At the turn of the 20th century, the New York City medical examiner estimated that 80% of the men in the city had contracted this illness – at least once in their lives.

But then came antibiotics and all was right with the world!      Wrong!

The World Health Organization reported this summer on a new “superbug” gonorrhea.  In 2008  Japanese scientists found this little superbug that was resistant to all recommended antibiotics and it has since spread to every country in Europe and East Asia and recently popped up in Australia.    And, while it hasn’t been “discovered” as YET in the U.S., it has already been found in Canada.

After chlamydia, gonorrhea is the most commonly sexually transmitted disease in the world, infecting more than 106 million people every year.  In the U.S. more than 700,000 people are estimated to become infected each year.

Remember now, this superbug is  resistant to penicillin, tetracycline and quinolones. Doctors are now using a class of drugs called cephalosporins used to treat bacterial meningitis but are worried that it might not be useful for long.  Since there is currently only one drug being researched to treat this new super strain, patients would have to be treated with alternative drugs that aren’t proven to work and could cause toxic side effects.

Untreated gonorrhea can lead to:

So what is the health care industry and public health officials recommending?  Safe Sex to limit the spread!  While the sexual revolution may have lost the war against micro-organisms, it’s still prevailing among  health care officials.

Are not these the same people who tell us to eat less, exercise more, quit smoking, lose weight, cut out sweets, etc..  In the name of public health they don’t hesitate to ask us to alter our behavior but, when it comes to sexual behavior, heaven forbid they ask us to have a measure of self-control.

Chuck Colson of the Christian Worldview Fellowship used to say that “just as there are physical laws of the universe, so there are universal moral laws.  We ignore either at our own peril.”