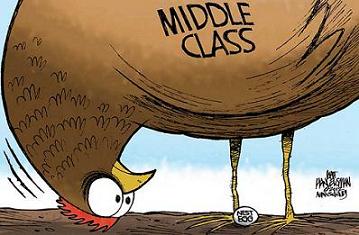 The following is a list of proposed federal budget cuts  from Mitt Romney, Paul Ryan and House Republicans.  This is only a tip of the iceberg when it comes to government waste of taxpayer dollars but at least it is a start.

Corporation for Public Broadcasting Subsidy – $445 million per year.   Taxpayer subsidies account for only 15% of PBS revenue, the rest being raised through donations.

Legal Services Corporation – $420 million a year.  Before all you liberals have a hissy fit – the American Bar Association 2009 report stated that 73% of all private attorneys provide free legal services to the poor.  In addition, almost every law school in the country has some type of clinical legal program for third year law students under the supervision of an attorney.  Taxpayer money for Legal Services is only a portion of the monies that they receive.  They also get private grants, funding under other federal programs, and filing fees.    For 2013 the Corporation is asking that taxpayers give it $470 million.

National Endowment for the Arts – $167.5 million a year.  NEA does not provide charitable giving – they offer little more than a direct subsidy to the upper middle class.  Art existed long before the creation of the NEA in 1965 and it will be around after the subsidy is gone.  The NEA will find sufficient funding.  Private sector donations in 1996 alone provided them with close to $10 billion.

National Endowment for the Humanities – $167.5 million a year.

Hope VI Program – $250 million a year.   Run by the Department of Housing and Urban Development (HUD) to revitalize the worst public housing projects into mixed income developments based on New Urbanism and the concept of Defensible Space.   For those not familiar with New Urbanism – it is Agenda 21 talk for dense, pedestrian friendly and transit accessible housing.  The National Housing Law Project report said that the program has been characterized by a lack of clear standards, hard data on results and misleading statements by HUD.   Surprise – a government agency that lies about its accomplishments.

Amtrak Subsidies – $1.565 billion a year.   Now liberals will tell you that this is just a drop in the bucket therefore we should continue the subsidy.  I don’t know about you but $1.565 billion a year is a large chunk of change to me.  The National Railroad Passenger Corporation is another federal agency that wastes taxpayer money.  Amtrak has been providing second rate train service for close to 4 decades while wasting $40 plus billion of taxpayer dollars.  It has never earned a profit,  actually loses money on most of its routes, while providing services for less than 0.1% of passenger travel.  If we need Amtrak so much – privatize it.

Eliminating duplicate educational programs.  A bill offered in the House – HR 2274 – last year would have eliminated 68 duplicate programs at a savings of  $1.3 billion.

Congressional Printing and Binding – $47 million a year savings for cutting budget in half.

Community Development Fund – $4.5 billion a year.   This fund was originally established to target large cities in decline but today it is spread to communities rich and poor – large and small.

Cut Federal Travel Budget in Half – $7.5 billion a year.

Title X Family Planning – $318 million a year.  Run by the Office of Population Affairs which is an offshoot of the U.N. Population control agenda.  They provide family planning and supposedly do not fund abortions.

Eliminate the fund for ObamaCare administrative costs – $900 million a year.  Note – this is just to pay those unelected bureaucrats that will have control over our health care decisions.

You can read the full list at this link.   Their list of proposed cuts only adds up to $2.5 trillion a year.   Personally, I think they need to cut out all subsidies, cut the budget for every federal agency and start docking the wages of any Senator or Congressman that proposing any new wasteful spending project.