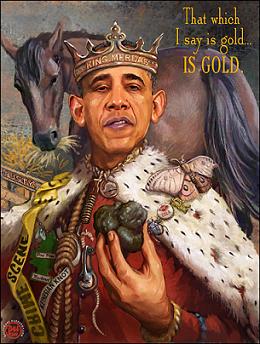 “Property Rights and the rule of law are essential for the proper and efficient functioning of society and the economy.  When laws are created without going through Congress, when laws are selectively executed; when an administration intervenes into the normal judicial process and diminishes an individual’s property rights; and when the normal regulatory process is circumvented, the rule of law is eroded.

While Administrations of both political parties have been known to test the bounds of the limits of their power, the breadth of the breakdown in the rule of law in recent years has reached new levels.

Corruption is a growing concern as the cronyism and economic rent seeking associated with the growth of government have undermined institutional integrity.  Individuals and businesses are increasingly forced to rely on the courts to enforce their most basic substantive and procedural rights.”

Cantor then lists more than 40 instances where Obama has demonstrated his lack of respect for the law, for Congress, and for American citizens.

I hope you will take the time to read the report before you cast your vote on November 6.